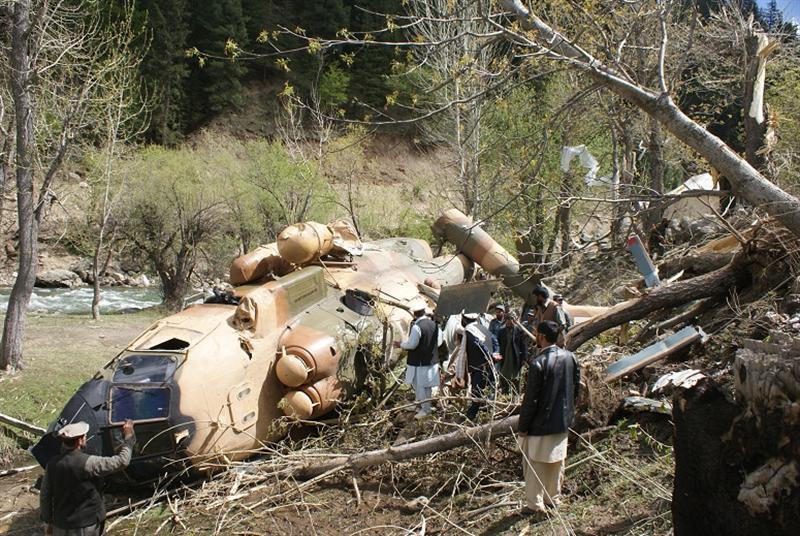 ASADABAD (PAN): A helicopter belonging to Afghan National Army (ANA) crashed into the capital of eastern Nuristan province on Wednesday, injuring nine people, including the pilot, the governor said.

Four helicopters were landing inside a compound of National Directorate of Security (NDS) when the incident occurred, he said.

Two seriously injured personnel were taken to Kabul for treatment, Badr said. The chopper was damaged.

The Taliban said they shot it down. Zabihullah Mujahid, the rebel spokesman, claimed nearly a dozen foreign troops were killed.