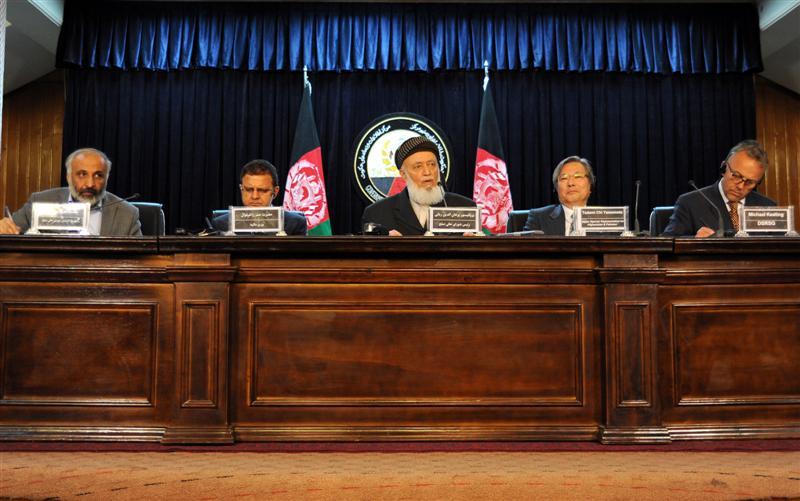 “There is no doubt that the death of Osama has an impact on militants, but seeing this impact is a matter of time,” Burhanuddin Rabbani told in a news conference in Kabul. “The militants will react to the killing for some time, but their reaction will last short,” he said.

UScommandos shot dead the Al Qaeda leader during a night time raid on his compound in the town of Abbottabad, a garrison area near Pakistan capital Islamabad on May 2, ending a ten years hunt for the world‘s most wanted individual.

Khalili told a conference discussing efforts to broker peace that peace and reconciliation programme was a good opportunity for the armed opposition to give up insurgency.

Security situation has improved in provinces like Badghis, Baghlan, Kunduz and Sar-i-Pul where hundreds of militants have joined the peace process.