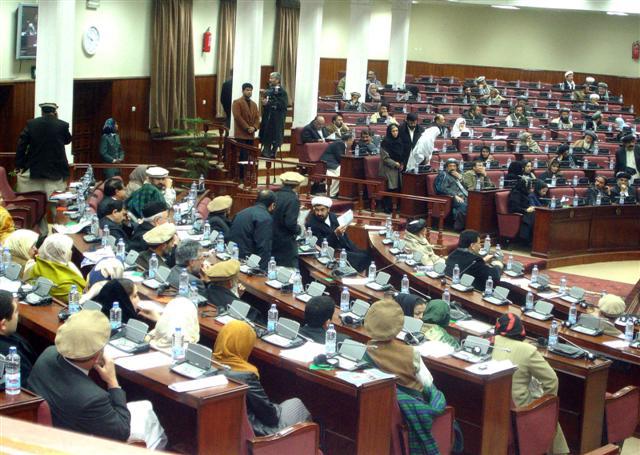 The special election tribunal was created to probe into allegations of fraud during last year’s parliamentary elections. The court found fraud in many provinces and suggested that 62 lawmakers should vacate their seats.

Without going into detail, Ibrahimi said the house administrative department and security officials were trying to prevent MPs from illegally carrying arms into Parliament.

A lawmaker from northern Badakhshan province, Amanullah Paiman, also confirmed Ibrahimi’s statement. He suggested such lawmakers should be dealt with according to the law.

“We also have weapons, but we don’t bring them into the house. We only wear waistcoats while sitting in the house,” he said.

Other lawmakers also confirmed that some of their colleagues who might be disqualified in the wake of the court’s verdict carried weapons into parliament.