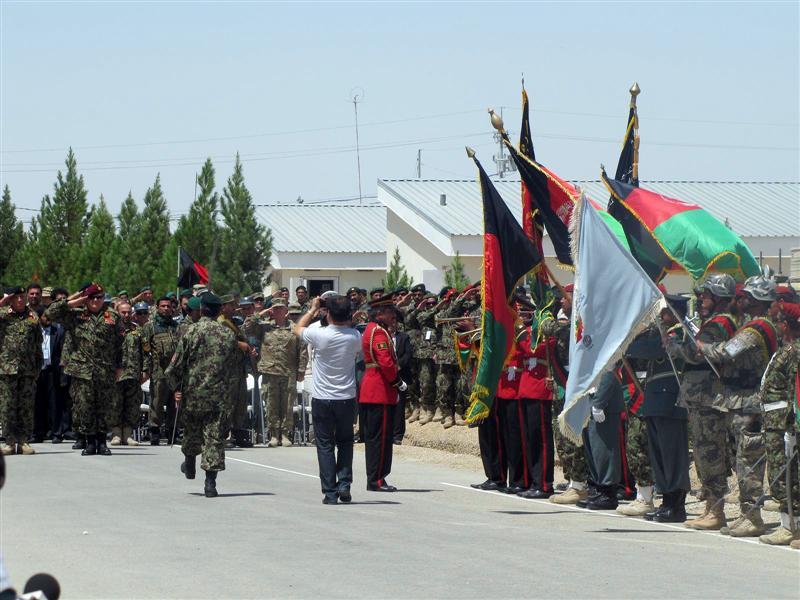 The Balkh governor, ministers of defence and mines, and International Security Assistance Force official participated in a ceremony marking the transition at the 209th Shaheen Military Corps headquarters.

Pleased with the security transfer, Governor Atta Mohammad Noor warned the project would fail to yield the desired results if Afghan forces, including the air force, were not properly equipped.

Within the ISAF. Up to 53 German soldiers have been killed in the country so far.

Announced by President Hamid Karzai on March 22, the transition process is expected to be completed throughout the country by the end of 2014.

Security responsibility for the central province of Bamyan, Mehtarlam, Lashkargah and Herat City has already been transferred to Afghan forces. Kabul province and Panjsher provinces are also due to transition to Afghan security lead over the next few days.

The transition does not represent an end to Germany’s assistance to Afghanistan, the visiting German foreign minister said on Friday. Guido Westerwelle promised his country would continue to cooperate with Afghanistan beyond 2014.

Dr. Ghani said he was pleased to note Berlin’s reiteration of its commitment to Afghanistan’s long-term development. Calling Mazar-i-Sharif an important trade hub, he said Balkh should reemerge as a key centre on the Silk Route.

For the success of the transition process, the global fraternity should shift its focus to terrorist safe havens outside Afghanistan, Noor said. “Everyone knows where Al Qaeda chief Osama bin Laden was killed and terrorist sanctuaries are located.”