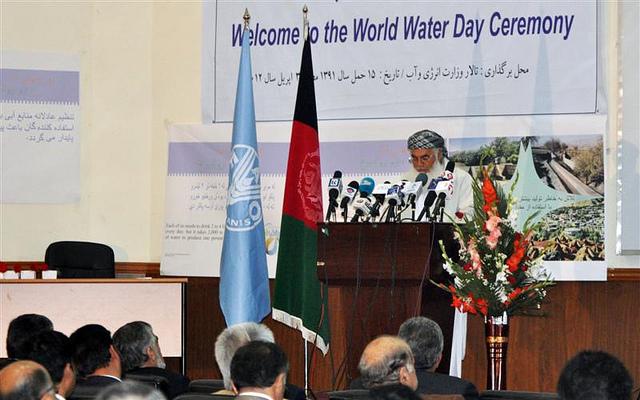 KABUL): A shortage water reservoirs and sharing of the precious, but depleting, resource with neighbours have created a critical situation for the country’s water and energy sector.

At a ceremony marking International Water Day in Kabul, Water and Energy Minister Mohammad Ismail Khan linked the lack of reservoirs to the continued war and insecurity in the country, where most of agriculture land is rain-fed.

“The climate change and rains have a direct impact on irrigated and rain-fed farms in the country, where droughts and floods are common,” the minister said in a statement read out at the ceremony.

Up to 30 percent of Afghanistan and Iran. In his statement, Khan said his ministry planned to construct 22 dams in various provinces for organising water and agriculture development.