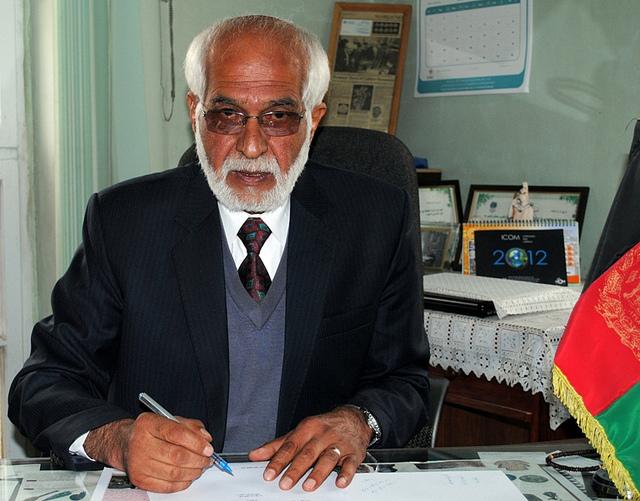 KABUL rose from 16,000 to more than 23,000 last year, officials said on Wednesday, hoping for a further increase.

Omara Khan Massoudi, the National Museum director, said each Afghan visitor bought a ticket for 20 afghanis ($0.40) and a foreigner for 100 afs. An Afghan taking a photograph is charged 200afs and a foreigner 400afs.

The director told Pajhwok Afghan News the museum revenue for last year stood at $400,000, the same as previous year. Students were allowed free entry to the museum, a concession given to commoners on Fridays, he added.

He explained the revenue did not go up, because mostly students visited the museum. Massoudi said historical artifacts showcased at exhibitions abroad earned good income.

“The items displayed at international events in France, Italy, Holland, America, Canada and Germany from 2003 till 2011 earned us more than $2 million,” he pointed out. Another $500,000 came from exhibitions in Sweden and Britain last year.

There are 65,000 types of historical objects and they had details about more than 5,000 of them, he said, adding although six workers of the museum had undergone training in Italy and Austria, experienced curators were still needed.

The official said work on a new building west of the museum was underway. Being constructed over four acres of land, the new building will have modern equipment to resolve problems of space and light.

Massoudi said the facility needed $30 to $40 million to complete, but they had only $8 million in hand. About chemicals shortage, the director said foreign countries, which had previously supported the museum, were expected to help.

The museum has the capacity of accommodating more than 100,000 pieces, with about 70 percent of the items damaged or smuggled during the civil war.

Before the civil war began, the director recalled, about 22,000 artifacts were shifted to the Presidential Palace and 800 to 1,000 items to the Ministry of Information and Culture to protect them from being damaged or destroyed.

Currently, the museum has about 60,000 to 65,000 historic objects and another 50,000 items had historic background, he added: “One small sculpture and some pottery date back to 15 BC.”

About 8,500 artifacts smuggled abroad had been brought back and 15,000 others had recently been dug up, he said.

The National Museum, located southeast of the capital city, was used as a military base by mujahideen in March 1994. The building was largely destroyed by rocketfire.

In September 1996, officials completed the process of cataloguing the remaining materials that were moved to the Kabul Hotel. Currently the museum has about 65 staffers, including 40 experts.