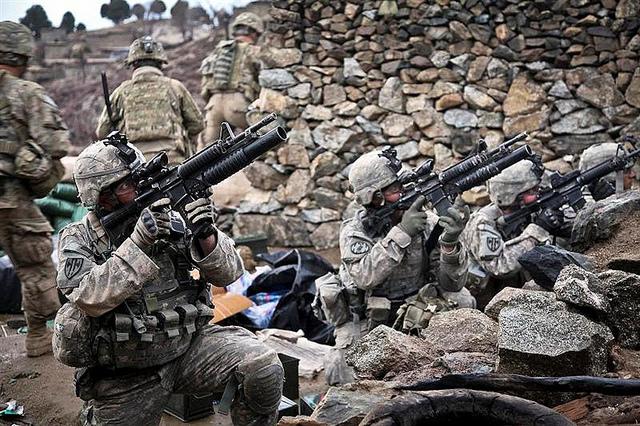 KABUL a failure, on Thursday said Afghans should not have blind faith in international commitments that often turned out to be untrue.

Speaking at the weekly radio and TV programme, “Your Voice”, a joint initiative of the Killid media group and its partners — Pajhwok Afghan News and Saba Media Organistaion — within the newly-created Afghanistan Media Consortium, the analysts said history was witness to the fact that the world had never been honest to its promises held out to Afghanistan.

One of this week’s participants, defence analyst Gen. Attiqullah Amarkhel, claimed the global fraternity had been unable to train and equip Afghan forces as well as it should have, or as Afghans expected.

He said Afghan forces were still not in a position to prevent foreign aggression due to their poor capacity. “The current strength of the Pakistan Army is 700,000 and Iran’s 450,000, but the Afghan army has 190,000 personnel.”

Amarkhel believed the Afghan forces should have been trained by a single country to consistently follow the same techniques. “Our forces are now perplexed, having no idea whether to follow American techniques, French skills or other methods.”

He noted a lack of coordination among international troops as some of them were deployed to central Afghanistan and others to south. And those wanted to avoid being killed were stationed in the north, he commented.

Amarkhel insisted the NATO mission had been a failure over the past decade, eclipsed by a series of embarrassing mistakes. He said the mission against Al Qaeda and other groups should have ended within the first two years. “A war generally ends in reconciliation or victory. But NATO has been unsuccessful in achieving either.”

Another discussant, Ghulam Jilani Zwak, the head of Afghanistan Research Centre, said the experience of the past decade underlined the bitter reality that they should not take international pledges at face value.

The international community had neither strengthened democracy nor protect human rights in Afghanistan, but supported warlords who served its interests, he alleged.

No country at the Chicago summit offered any special assistance for training and equipping Afghan forces, he said, claiming the US and its allies were losing the war. “If the NATO-led troops had been honest in their commitment, they would have eradicated terrorism and safe havens of insurgents. They only cut off branches, while the roots of the menace are still intact.”

He believed the US and its allies were rushing for exits from Afghanistan after problems surfaced for them at home. Afghan forces had to defend the country and maintain peace, he said, urging continued military assistance.

Civil society activist Akbar Jan Folad echoed their views about the international pledges and commitments. He said Afghans themselves had to defend their motherland without expecting outside assistance.

Although Afghan forces could not be compared with their regional counterparts, they had a vast experience of war, he continued. Strategic accords with powerful countries would help Afghan forces maintain security on their own after foreign troops’ withdrawal in 2014, he hoped.

Local forces had the ability to shoulder the security responsibility for the entire country and prevent foreign interference if they were provided with necessary equipment, he concluded.