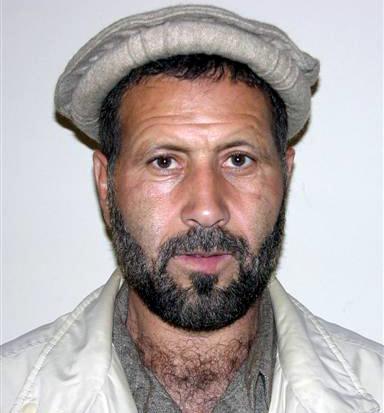 KABUL): Iran has earmarked $25 million for blocking the parliamentary approval of the Afghan-US strategic cooperation agreement, a knowledgeable source said on Thursday.

The neighbouring country has allegedly paid a colossal amount of money to Wolesi Jirga member Hazrat Ali in return for opposing the deal, signed Presidents Barack Obama and Hamid Karzai on May 1.

Although the Iranian Embassy in Kabul denied the claim as preposterous, the source insisted that Hazrat Ali — a public representative from Nangarhar province — had been tasked with convincing other MPs to reject the pact.

Already endorsed by foreign affairs commissions of both houses, the accord is expected to be presented before the Wolesi Jirga for approval on Saturday.

Other regional countries have not yet overtly opposed the agreement, but the Iranian ambassador to Afghanistan recently met the Senate chairman in Kabul and urged him to block its approval.

A knowledgeable source, who did not want to be named, confided to Pajhwok Afghan News that Hazrat Ali would distribute the cash to other legislators.

Ali is believed to have paid $5,000 to $10,000 each to some MPs who are ready to ensue the pact fails to pass through the assembly.

The official, refusing to put a specific figure on the recipients of the Iranian money, revealed that the spouse of Ali — a former warlord — was an Iranian citizen and that he owned a residence in Mashhad.

Despite hectic efforts, Pajhwok could not reach Ali for comments. His side of the story, whenever this news agency receives it, will be duly publicised.

On International Mother Day, which was celebrated on May 13, Pakistani and Iranian spy services paid $10,000 to each of the six female members of Afghanistan’s lower house.

The real objective behind the payments was mobilising parliamentary opposition to the pact, the source said, adding the cash recipients included Shah Gul Rezaee (Ghazni) and Farishta Amini (Nimroz).

Speaking on condition of anonymity due to the sensitivity of the issue, a Wolesi Jirga member confirmed that Tehran had set aside $25 million for the rejection of the accord.

Qadir could not be approached for comments, but Khawasi said he was loyal to the country and Islam. Therefore, he added, he had some reservations about the agreement that was against Afghanistan’s interest and religious values.

When contacted, Maulvi Shahzad Shahid said: “I wonder why such statements are made. Waging propaganda is an easy job for all in Afghanistan. This member must be a foreign agent.”

He said lawmakers had the right to approve or reject the accord. “When someone talks against the US, people think he is loyal to Pakistan or Iran. And when someone talks in favour of the US, he is called an American agent.”

He believed any decision on the agreement should come after a detailed study of the document. Shahid said the government had spent a year weighing the pact and lawmakers should be given ample time to reach a conclusion.

Syed Hussain Almi Balkhi strongly denied he was trying to get the accord rejected on the national assembly floor.

A member of Wolesi Jirga’s Foreign Affairs Commission, Syed Ali Kazmi, said he had no information which parliamentary panel had rejected the agreement.

According to his information, the accord was endorsed by the commission that debated it. “I can confidently say the strategic pact will be ratified by the house meeting with a majority vote.”

He claimed Muhammad Akbar Stanikzai, an MP from central Logar province, was urged by a group of religious scholars to cast his vote against the deal.

But Stanikzai spurned the allegation and said: “More than anything else, the national interest is important to me. I am still reading the text. If it is in interest of Afghanistan, I shall vote for it.”

The Embassy of Iran was contacted several times, but no one was available for comments. After 4pm, when the embassy was again contacted, an official replied: “We’ll get back to you later on.”

After a while, an embassy spokesman — Mohammad Dehqani — said Iran had always backed peace and stability in Afghanistan. He vehemently repudiated the claim that Iran was trying to bribe Afghan lawmakers to reject the pact.