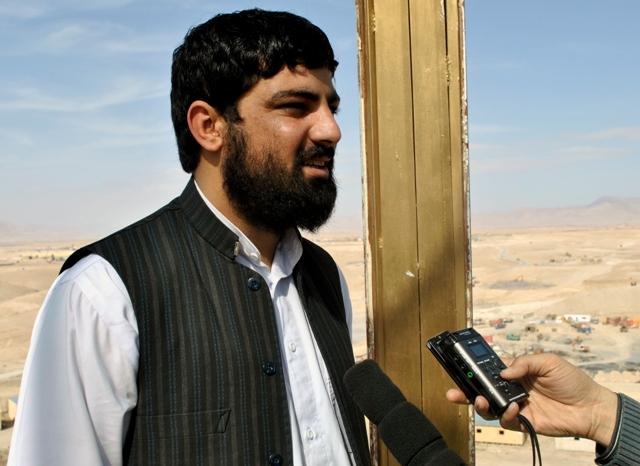 QALAT (PAN): A senior information and culture official on Monday warned around 18 ancient sites, mostly shrines of saints, were on the verge of irreparable loss and destruction in southern Zabul province.

Information and Culture Director Abdul Muqim Afghan told Pajhwok Afghan News he had identified a number of historic sites that were on the verge of vanishing because of mismanagement and neglect.

“When I began heading the department some time ago, I launched a province-wide survey to identify heritage sites that are at risk of being damaged,” he said.

The Bala Hesar is said to be 320 years old castle that lies around 200 metres away from the governor’s office in Qalat. An Afghan army battalion has been stationed at the fort of which most of walls have destroyed. A number of telecommunication towers have also been installed on the structure.

Sheikh Matai is believed to be among the pioneers of Pashtu literature. His tomb is located inside the Bala Hesar. The shrine is frequented by dwellers of the province as well as by residents coming from nearby provinces.

The information and culture director said though the shrine was located in a comparatively peaceful area, yet it had long been ignored.

Afghan said his department had often been told by the ministry concerned that it had no funds for preservation of historic sites.

He said some ministries last year failed to spend less than half of their development funds because they refused to release them. “We have always been refused funds and finally the Wolesi Jirga started grilling ministers on the subject,” he said.

Information and Culture Ministry official Musaddiq Khalili, however, said 1,200 ancient sites were on the verge of vanishing across the country, including those in Zabul.

He said the ministry spent money each year on the repair and reconstruction of historic sites, keeping in view the available funds.

Khalili said their attention had been on Ghazni City over the past years as the city was preparing to host the 2013 year as the Asian Capital of Islamic Civilisation.