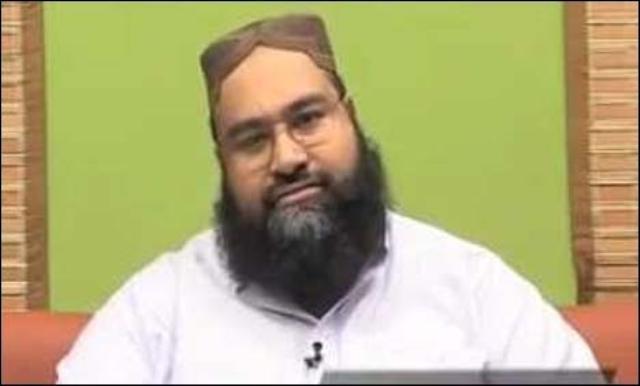 ISLAMABAD (PAN, saying he had been quoted out of context by some media outlets.

“Palestine is occupied by Israel, Kashmir by India and Afghanistan by the US. So if Muslims don’t have the atomic bomb, they should sacrifice their lives. We want America to leave the region,” he was quoted as saying.

But in an exclusive interview with Pajhwok Afghan News, he vehemently denied ever justifying suicide assaults. He affirmed his strong aversion to civilian deaths in such attacks.

Harming civilians, either in Afghanistan or elsewhere in the world, is acceptable to none, according to the cleric, who said the Taliban’s armed resistance against the American forces was in line with Islamic teachings.

On Saturday, the Afghanistan Ulema Council harshly reacted to Ashrafi’s comments. A member of the panel said if suicide attacks were really permissible in Islam, these assaults could be carried out across the whole world, including in Pakistan.

Hafiz Abdul Qayyum said: “There is no justification for such attacks in Islam. Tahir Ashrafi’s remarks have got nothing to do with religion; instead it’s an intelligence decree.”

Political commentator Ahmad Saeedi said Ashrafi had issued the fatwa at the behest of Pakistan’s spy service — Inter-Services Intelligence, which has long been accused of aiding the insurgency in Afghanistan.

A former diplomat who has served in the neighbouring country, Saeedi claimed the ISI influenced the appointment of the Pakistan Ulema Council head. Nobody could lead the body without the agency’s approval, he insisted.