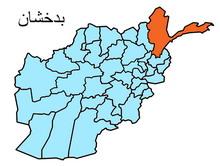 KUNDUZ CITY (PAN): A woman was sentenced to death by the appellant court on the charge of killing husband in the northeastern province of Badakhshan, officials said on Monday.

Bibi Mashriqa was handed the capital punishment by the primary court, a verdict upheld by the appellant court, an official of the Afghanistan Independent Human Rights Commission said.

Mujibur Rahman told Pajhwok Afghan News the 22 years old, a mother of six children, had been accused of poisoning and burning her spouse Fida Mohammad in January in Tagab district.

Appearing as a witness, Hajira (13) told the court her uncle Hidayatullah had given poison to her mother 10 days ahead of the incident. She said her mother poisoned Mohammad and then burnt the house.

But Mashriqa denied the allegation, saying she had neither poisoned her husband nor torched her house.

An official of the women’s affairs department, Zufnoon Hassam, said she had met Mashriqa several times in jail. The convict repeatedly said she was innocent of the charges.