Nationalists against raking up border spat 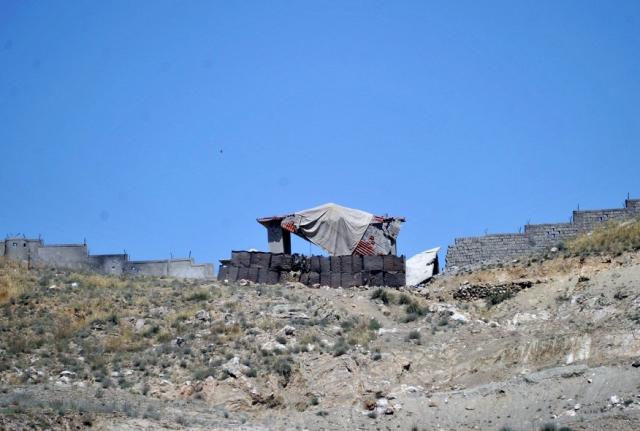 Nationalists against raking up border spat

ISLAMABAD (PAN and Pakistan are facing the twin scourge of terrorism and extremism.

Afghan and Pakistani forces clashed twice in less than a week after the Pakistanis allegedly constructed security gates miles inside the Goshta district of eastern Nangarhar province on the 2,640 kilometres (1,640 miles) long porous border.

The line was demarcated after an 1893 agreement between Mortimer Durand of British India and Afghan Amir Abdur Rahman Khan for fixing the limit of their respective spheres of influence.

It is named after Mortimer Durand who was the Foreign Secretary of colonial British India at the time. The single-page Durand Line Agreement, which contains seven short articles, was signed by Durand and Abdur Rahman Khan, agreeing not to exercise interference beyond the frontier Durand Line.

The Durand Line cuts through the Pashtun-inhabited tribal areas, politically dividing the ethnic Pashtuns and Baloch who live on both sides of the frontier.

However, the border remains unrecognised by Afghanistan. The incumbent government of President Karzai sees the Durand Line as “an issue of historical importance for Afghanistan”.

Karzai recently said Pakistani shelling into eastern provinces over the past two years and construction of security gates along the frontier were aimed at pressuring Kabul into formally accepting the line as an international border. He said Afghanistan would never accept the British-mandated border.

In response, Islamabad says the Durand Line is a settled issue. Pashtun national leaders believe the frontier should not serve as an excuse to further deteriorate relations between the two countries amid threats posed by terrorists.

Awami National Party (ANP) information secretary Senator Zahid Khan said the Durand Line issue was not something new, it has a long history. “But it is a reality and a historic injustice that has been imposed on the Pashtuns.”

Khan believed the issue should not be raised at this stage when both countries were in grip of terrorists who could take advantage of the situation.

Another prominent nationalist leader Afzal Khan Lala said the Durand Line has a history and its reality could not be ignored. He believed a strategic agreement between the neighbours was a must, but the pact should not mean Pakistan install a puppet government in Kabul.

He said war could only bring destruction to the peoples of Afghanistan and Pakistan and the neighbours should sincerely work jointly to achieve peace and stability in the region. He suggested free trade between the two nations and travel without visa or passports.

Senator Mohammad Raza Khan, a member of the Pakhtunkhwa Milli Awami Party led by Abdul Samad Khan Achakzai, said there was no need to investigate the Durand Line under the prevailing circumstances.

He urged both countries to resolve every dispute through talks that should be followed by realistic remedial measures. “Any conflict over the border will create further problems. Unrest in one country has a direct impact on the other.”

Former interior minister and the chief of his own faction of Qaumi Watan Party, Aftab Ahmad Khan Sherpao, said Pakistan was required to jointly work with Afghanistan to prevent any new crisis from surfacing.

“I also look at Durand Line from the perspective of a Pashtun. It is a reality but making it an issue under the present conditions is in no one’s interest,” insisted Sherpao, who called for good people-to-people and government-to-government relations.