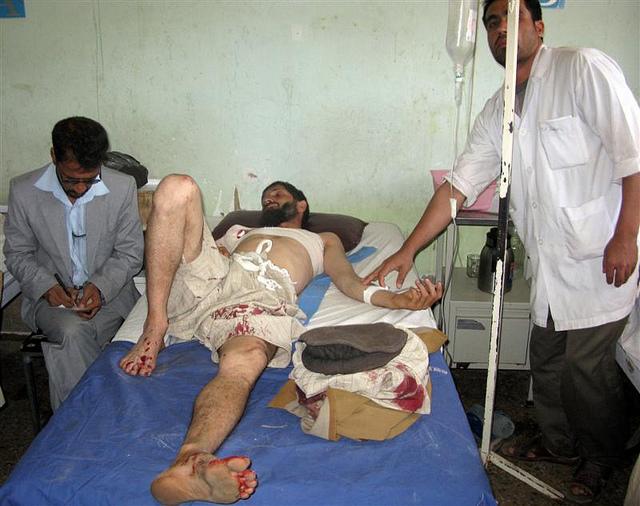 GHAZNI CITY (PAN and children, were injured when a suicide bomber struck a restaurant in southern Ghazni province late on Wednesday, an official said.

The attack took place around 7:30pm in the Town of Maqur, killing three members of a public uprising members, who were the target and four civilians, deputy governor Mohammad Ali Ahmadi told Pajhwok Afghan News.

The target was members of the uprising movement in the district, he said, adding 15 people, including women and children, were injured.

Mir Ali, a resident, said the bomber wanted to kill Habibullah, commander of the uprising group.

He said the attack took place when Habibullah emerged from a shop. As a result, four civilians and two guards of the commander were killed, he said, putting at 28 the number of people injured, including women and children.

Severely injured people were taken to an ISAF clinic in the nearby Gilan district, the resident said.

It was a second suicide blast in Ghazni on Wednesday. The first attack involved a cyclist, who blew up himself in Ghazni city, the provincial capital, currently serving as the Asian Capital of Islamic Civilisation. Five people on a rickshaw were injured in the blast aimed at a police van.

Ghazni Civil Hospital head Dr. Baaz Mohammad Himmat confirmed reciveing the dead body of the attacker and five injured civilians from the scene, the Kabul Bus Stand. Two of the injured are in critical condition, he said.