Karzai is home, leaves behind “wish list” in India 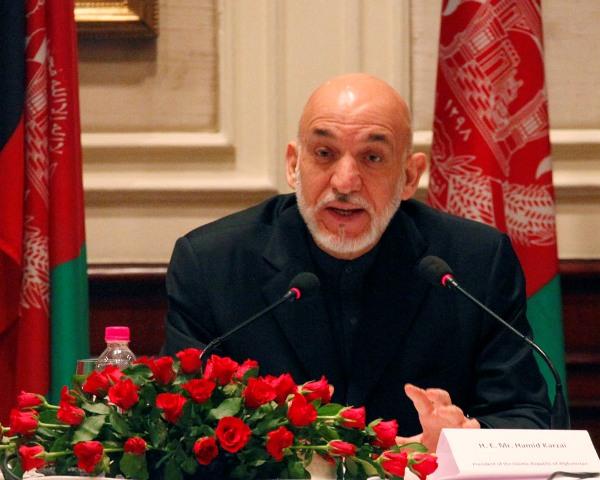 Karzai is home, leaves behind “wish list” in India

NEW DELHI/KABUL): President Hamid Karzai, who returned from a two-day official visit to India,  on Wednesday told reporters in New Delhi he had given a “wish list” of military equipment to India.

“We have a wish list that we have put before the government of India,” Karzai told reporters, adding that it was up to India to decide how much help it was prepared to give Afghanistan.

Karzai would not say what was on the list, but India’s first post.comwebsite said it included 105mm artillery, medium-lift aircraft, bridge-laying equipment and trucks.

The Indian government had no immediate comment on Karzai’s statement.

Karzai’s spokesman Aimal Faizi said both countries had agreed not to discuss the contents of the shopping list.

Karzai said no peace deal was possible in Afghanistan without Pakistan.

“Pakistan cooperation is key to a politically successful peace process and key to the end of violence in Afghanistan,” he said.

He said that at a meeting with Pakistan Prime Minister-elect Nawaz Sharif last year the latter had acknowledged the danger that “terrorism and radicalism” posed to Pakistan.

“I hope the new prime minister will be able to deliver what he so much wishes to achieve,” Karzai said.

Sharif has said he aims to boost ties with India.

Karzai, who met his Indian counterpart Pranab Mukherjee, Prime Minister Manmohan Singh and other Indian officials, discussed with them bilateral relations in areas security, defence and economy, and Afghanistan security and stability beyond 2014, a statement from the Presidential Palace in Kabul said.

Other regional issues were also discussed at the meetings between the Afghan delegation and Indian officials, the statement added.

Karzai also accepted an honorary doctorate degree from the Indian Lovely Professional University (LPU) and held a meeting with some Indian traders and investors, who agreed to interest in Afghanistan, the statement said.