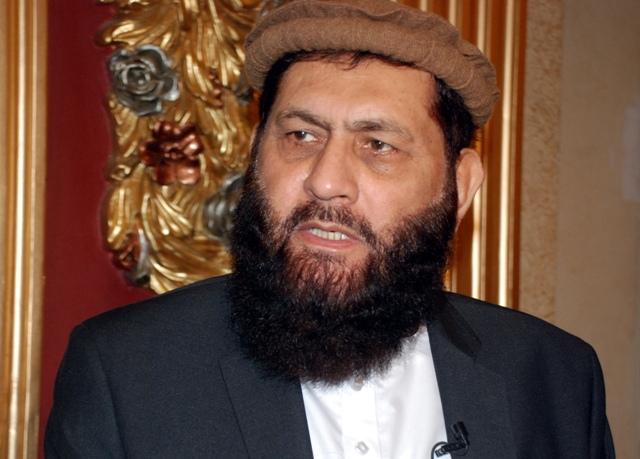 During an exclusive interview, Qutbuddin Hilal told Pajhwok Afghan News there was no doubt that foreigners did not want to bring peace and stability to Afghanistan, because they believed their interests were better served by war.

At a time when the country was in dire need of peace, security, stability and unity, the Afghans stood divided, he observed. Disunity, gangs and groups also contributed to instability, the HIA leader said.

He criticised polarisation among political parties, saying how leaders who were at odds could call their followers to unity and peace. In the absence of strong national unity and consensus decisions on Afghanistan’s future direction, peace would remain elusive, he warned.

With public support, he suggested, the government should hold a meaningful dialogue with the armed opposition by setting up a joint delegation of negotiators acceptable to all sides, he said.

Hilal opined the High Peace Council, responsible for arranging peace talks, represented only the government, not the nation. As a result, the peace body had failed to achieve its core objective, he argued.

Ostensibly, the Taliban’s Qatar bureau was set for peace talks, but there was no interest for such contacts on any side, he said, insisting such offices be established within Afghanistan to lure all dissidents to the negotiating table.

Regarding President Hamid Karzai’s trip to Islamabad, scheduled for Monday, Hilal sounded pessimistic. “I have no hope the visit will resolve the important issues facing Afghanistan or the two sides will take a giant step toward stabilising the country.”