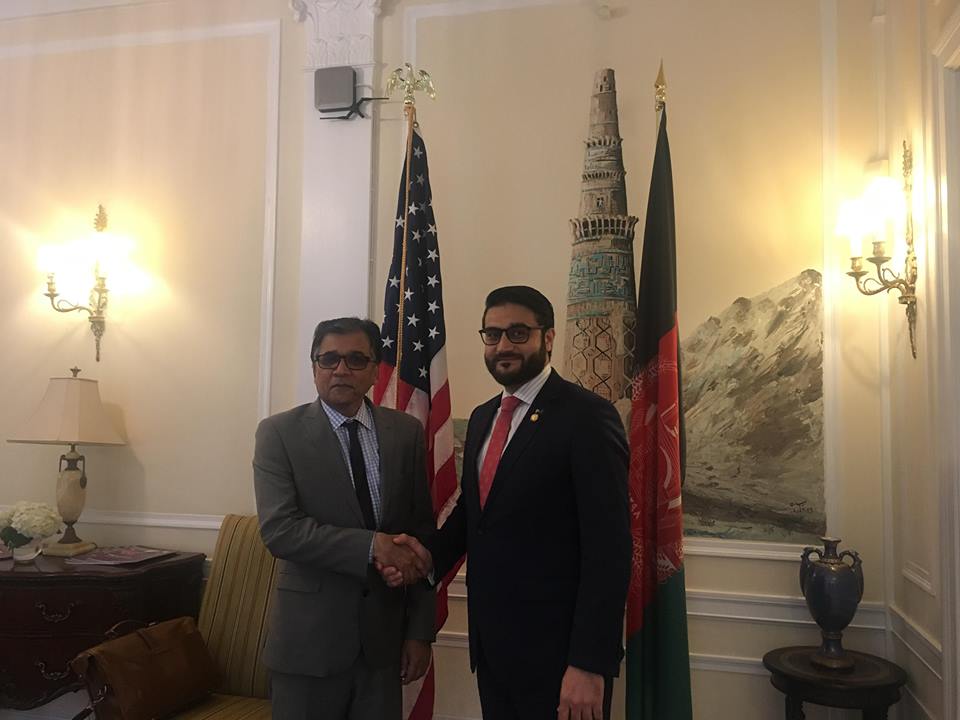 Prime Minister Nawaz Sharif held out the assurance to President Hamid Karzai at Tuesday’s meeting in the picturesque hill resort of Murree on Tuesday, a Pakistani newspaper reported.

At the extended talks behind closed doors, Karzai sought Pakistan’s cooperation in persuading the Taliban to shift their office from Doha either to Saudi Arabia or Turkey and start negotiations with his administration, The Express Tribune said.

It quoted an official privy to the meeting as saying the two sides conferred on ways of breaking the deadlock in efforts to strike a peace deal with the Afghan Taliban. “Sharif assured Karzai that Pakistan would do whatever it can to bring the Taliban to the negotiating table.”

The release of more Taliban prisoners also came under discussions during Karzai’s two-day visit to Pakistan, the first in almost a year and a half and Sharif’s election as premier.

Pakistan agreed in principle to free more detainees, but gave no specific timeframe. “We will certainly release more Taliban prisoners but at an appropriate time,” another official told the daily.

Prime Minister’s Advisor on National Security and Foreign Affairs Sartaj Aziz hailed Karzai’s visit as a ‘step forward in reducing the trust deficit’ between the neighbours.

Karzai returned home on Tuesday from the visit, extending an invitation to Sharif to visit Kabul. His spokesman said: “The talks took place in an atmosphere of cordiality and friendship. We hope the Pakistani side will take practical steps to implement the decisions taken during the meetings.”

During the trip, Pakistan and Afghanistan signed two agreements on boosting bilateral cooperation in the fields of security‚ trade‚ economy and communications. Sharif accepted Karzai’s invitation to visit Kabul.