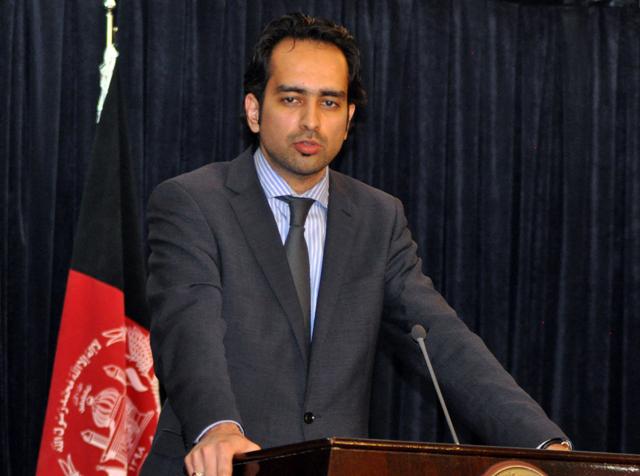 To a question about post-2014 uncertainty, Dobbins recently told the Voice of America that Afghanistan had already entered a civil war.

Karzai chief spokesman Aimal Faizi told reporters at the Presidential Palace the President had lodged his protest with US Ambassador James B. Cunningham over Dobbins’ remarks.

Faizi, who himself has lashed out at Dobbins for his statement, did not go into details about the meeting between Karzai and Cunningham, but said Dobbins remarks came at a time when Afghanistan and the United States were inching closer to signing the Bilateral Security Agreement (BSA).

He said the agreement had a great importance when it came to relations between the two countries.

Faizi said Karzai told the US envoy his country should avoid making irresponsible statements at this crucial stage.

He said Dobbins remarks were not in the interest of the US and NATO presence in Afghanistan and the UN mission.

The presidential spokesman said Afghanistan remained firm on its conditions concerning the bilateral security pact with the US.

He said if the conditions, including bringing stability to the country and training and equipping Afghan forces, were not met, the pact would not be inked.

“Though the US wants the agreement to be signed as soon as possible, but Afghanistan is not in hurry, awaiting its conditions to be met.”

About the releases of Taliban prisoners in Pakistan, Faizi the Afghan government had provided Islamabad a list in this regard, but those on the list remained behind bars.

Pakistan on Tuesday said it has decided to release Mullah Abdul Ghani Baradar, a most senior and deputy Taliban leader.

Faizi said if Pakistan released Mullah Baradar, it could hold key to the Afghan peace process.

He said Kabul was expecting Islamabad to fulfill promises it held-out to President Karzai during his last month’s visit to Pakistan.