4 US soldiers killed in suicide attacks 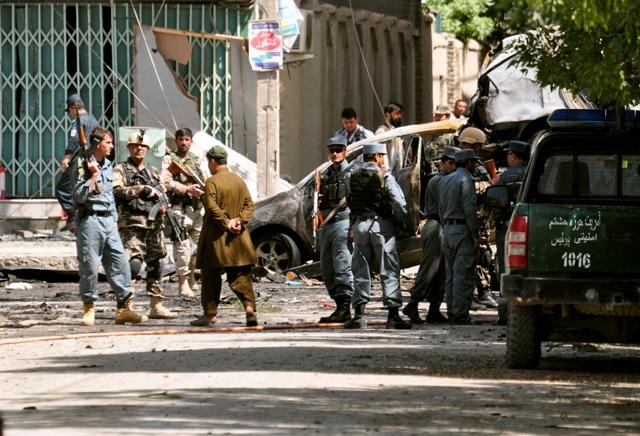 4 US soldiers killed in suicide attacks

The deaths were announced in a brief statement that neither gave the victims’ nationalities nor the exact location. In line with its policy, the NATO-led force deferred casualty identification procedures to the relevant national authorities.

But the Kandahar governor’s spokesman, Javed Faisal, told Pajhwok Afghan News the Americans were killed in a suicide bombing in the Sinzari area of Zherai district. Also, four militants were eliminated as a result of the offensive.

The Taliban, meanwhile, claimed responsibility for the attack. The group’s spokesman, Qari Yousaf Ahmadi, said the predawn attack targetted the US soldiers soon after they were airdropped in Anarak.

He added the militants had already planted landmines in area. Two suicide bombers struck as soon as the mines went off, killing and wounding up to 30 foreign troops, he said.

A day earlier, two foreign soldiers died in separate incidents in the south. One service member was shot dead by an alleged contracted security guard and a second succumbed to a non-battle-related injury.

So far during the current year, 132 international troops have been killed in Afghanistan. The US military has borne the brunt of the fatalities, losing more than 100 soldiers.