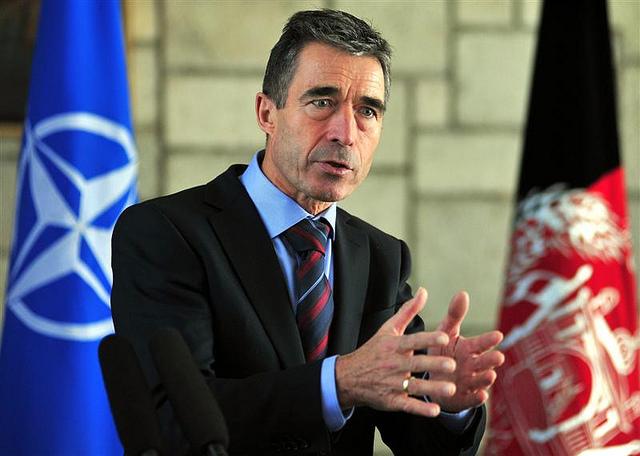 KABUL officials said Tuesday they were “confident” Afghan politicians and elders would sign off on a proposed deal to keep an American military force in the country after 2014, but a spokesman for President Karzai said some aspects of the agreement remain up for debate.

However, US Secretary of State John Kerry, who traveled to Kabul this month, announced that the sides had reached a breakthrough on outstanding issues.

The pact will be discussed by a consultative Loya Jirga late next month and if it signs off on the terms, the text will be presented to parliament for approval.

NATO Secretary General Anders Fogh Rasmussen said Tuesday the agreement would pave the way for a similar deal between the Afghan government and NATO.

“I am confident because the Afghans know that such agreements are a prerequisite for our deployment of trainers,” Rasmussen said.

US Defence Secretary on Monday told reporters on his way to Brussels that getting support from the Loya Jirga was critical. “President Karzai felt that it was important that the people of Afghanistan feel that they have a voice in this,” Hagel said.

“We are not in a hurry to sign this document,” he said in the interview, published Tuesday. “If it is not finalized, this could continue with the next government.”

Also in Brussels, a senior US military official warned NATO troops were bracing for a bloody winter ahead of the presidential election in Afghanistan.

The US official told reporters the Taliban were going to try to disrupt the elections and more importantly disrupt the broader political process. The official spoke on the condition of anonymity citing NATO protocol.

Commenting on the US-Afghan agreement, the NATO chief Rasmussen said the alliance stood ready to train, advise, assist the Afghan forces “but of course we need a proper legal framework that covers NATO deployment to Afghanistan. “

He was speaking at a press conference in Brussels after the end of the first day of a two-day NATO defence ministers’ meeting.

In a statement, Rasmussen said this past June, Afghan soldiers and police took the lead for security across Afghanistan.

“Their first summer in the lead has not been easy. They have taken casualties and they have faced challenges.  But they have risen to the challenge every day. And they have shown great courage, and growing professionalism.”

He said the people of Afghanistan could be proud of the progress their forces had made this year and NATO could be confident in Afghan forces ability to assume responsibility for securing their own country at the end of next year.

“At that time, our transition will be completed — as planned.  But we remain committed to Afghanistan’s stability and today we will take forward the planning for a new mission to train, advise, and assist the Afghan security forces after 2014.”

Over the past ten years, he said they had come a long way in Afghanistan, but there was more to be done to reach the shared goal: “an Afghanistan that delivers stability to its people, and that enables security abroad.”