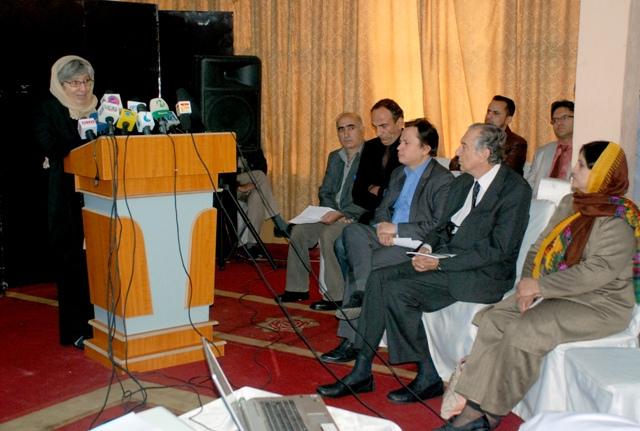 KABUL, asking the government to check the menace.

The AIHRC said the immoral practice was widespread and increasingly becoming a tradition involving powerful men. The individuals complicit in the sordid business were apparently getting away with the crime, she added.

AIHRC chief Seema Samar told reporters in Kabul male prostitution had increased tremendously and was still on the rise, stressing the need for concrete steps in collaboration with other institutes to prevent it.

“Some individuals raise children and later subject them to sexual harassment and others dress boys in woman’s cloths with jewelry for dancing purpose, which amounts to their character assassination,” said Samar remarked.

She further said victims of male prostitution adopted the acts as profession when they became adult.

“It is very difficult to eliminate male prostitution in a couple of years, although the commission is trying hard to discourage it,” she said, suggesting severe punishment for elements involved.

AIHRC commissioner Suraya Subhrang said the involvement of wealthy and powerful individuals in male prostitution was the main reason that encouraged the culture.

She said immense surge had been noticed in violation of women’s rights amid increasing male prostitution over the past 12 years.

She said in the past people were ashamed to be involved in male prostitution, but now considered a pride.

She said those involved in the practice had once been victims of sexual abuses in their childhood.

The rights activist stressed the need for cooperation among various institutions in curbing the menace.