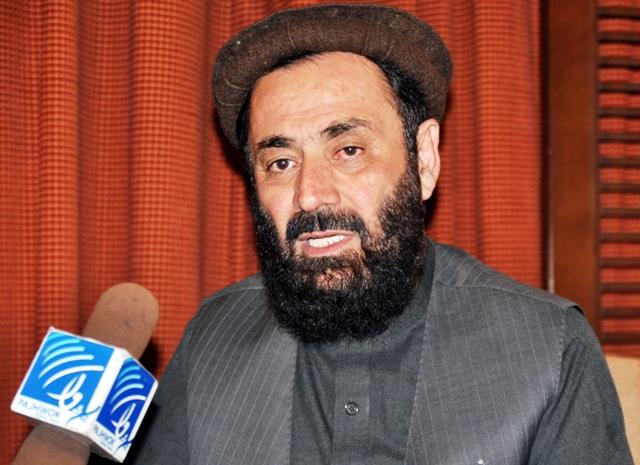 KABUL (HIA) on Tuesday said the insurgent group wanted to play a role in next year’s landmark elections.

The election commission has shortlisted 10 individuals as eligible presidential candidates for the April 5 vote, removing 17 others from the initial list.

Eng. Qutbuddin Hilal, a central leader of HIA, and Mohammad Khan, a member of the breakaway faction, led by Economy Minister Abdul Hadi Arghandiwal are among the 10 contestants.

Dr. Ghairat Baheer, in charge of HIA political affairs, told Pajhwok Afghan News during an exclusive interview the outfit wanted to play a role in the April 2014 presidential elections.

“But we are not optimistic about a positive outcome of the polls in the military presence of Americans, keeping in view the past experience,” remarked Baheer, who did not believe the vote would be transparent.

However, the HIA leader said their delegation, which had been in Kabul recently, had held “positive and constructive” meetings on the elections with several political leaders.

“Similarly, we had detailed discussions with our Hezb-i-Islami brothers based in Kabul about elections and other issues,” he added.

Baheer said the delegation would present a detailed report on its visit to the group’s leadership and the executive council, which has the authority to decide on whether or not to take part in the elections.

Asked which candidate the HIA would support in case it decided to participate in the polls, Baheer said: “An honest one, whose slogan is to end foreign aggression and who has an agenda that can bring about peace, stability and unity in Afghanistan.”

Political expert Mohammad Hassan Haqyar said the HIA had always preferred elections as a viable way of bringing about positive changes in the system.

However, Haqyar did not believe the group would take part in the elections, saying it wanted to prepare itself for the parliamentary elections and next presidential polls five years later.

He said there had been flexibility in the overall HIA stance on the government as witnessed from frequent visits of the group’s leaders to Kabul.