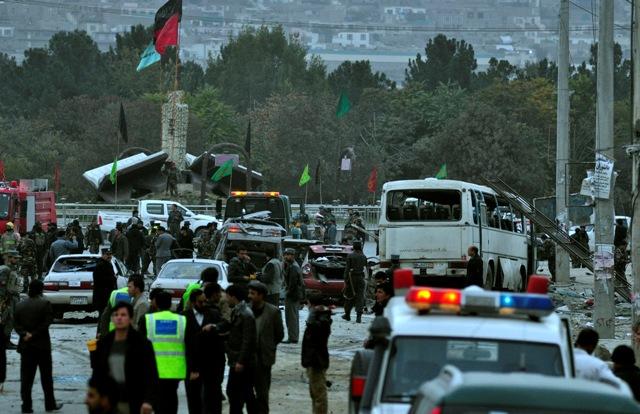 KABUL (PAN): At least 13 people were killed, 29 others wounded, 17 cars and 18 shops were ruined on Saturday afternoon when a powerful explosion rocked the Polytechnic area of Kabul, the Ministry of Interior said on Sunday.

In a statement, the ministry said the dead included 10 civilians and three armed forces’ personnel. Twenty-nine civilians, including men, women and children, were the injured.

Seen as a security breach, the attack took place near Thursday’s consultative Loya Jirga and America.

Taliban claimed responsibility for the bombing, saying that 33 security personal had been killed and wounded.

On the other hand, the ministry said the armed opposition had once again shown its hostility toward the Afghan people, who bore the brunt of the casualties.