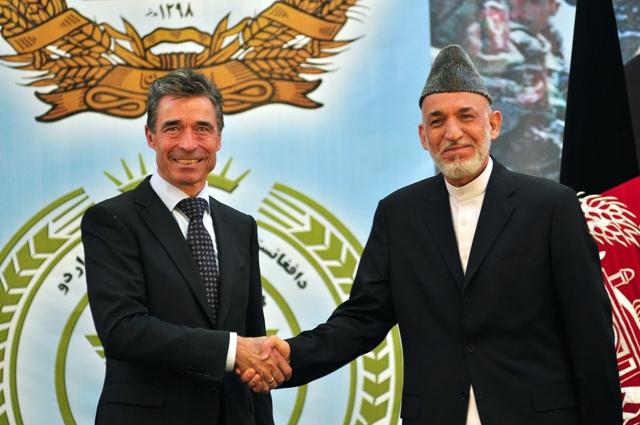 KABUL and the US should be signed expeditiously.

“Let me make one point very clear, it is a pre-requisite for our presence in Afghanistan beyond 2014 that an appropriate legal framework is in place, if the bilateral security agreement between the United States and Afghanistan is not signed we can’t finalise a NATO legal framework,” Rasmussen told reporters in Brussels, where a two-day meeting of NATO foreign ministers will begin on Tuesday.

He said in that case NATO would not have a proper legal framework in place and it would not be possible to deploy a train, advise, assist mission after 2014.

“That is of course not our preferred option. We are prepared to continue to assist the Afghan Security Forces but it is a very clear message, we will need that legal framework to be put in place in due time.