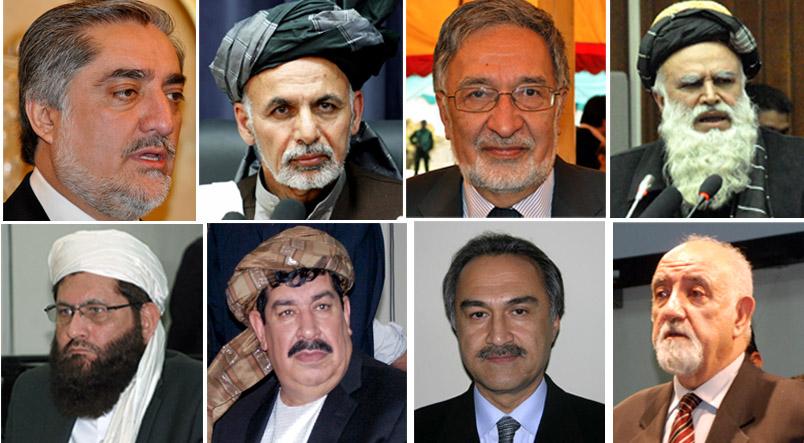 KABUL (Pajhwok): Unofficial results obtained by Pajhwok Afghan News suggest none of the eight presidential runners will be able to reach the magic figure of 50+1 percent of votes.

Countrywide voting in the landmark presidential and provincial council polls began at 7.00am and came to a close at 5.00pm after a one-hour extension in the stipulated time.

More than seven million Afghans exercised their franchise, braving threats of militant attacks and drizzly weather. About 3.5 million people, including 36 percent women, voted before 12.00 noon. Until 5pm, over 7 million had cast their ballots.

Sixty-five Pajhwok reporters in the capital Kabul and all 34 provinces worked until midnight to collect preliminary results from a number of polling stations and centres. They also obtained the relevant documents.

The polling sites, from where this news agency received initial tallies, as many as 133,984 ballots were cast. According to the results, Dr Ashraf Ghani Ahmadzai bagged 42.10 percent of votes, Dr Abdullah Abdullah 40.72 percent and Zalmai Rassoul 7.66 percent.

The results indicate none of the wannabes could achieve 50+1 of votes, a situation that will necessitate a run-off election in late May. Pajhwok did its best to acquire results from Panjsher, Badghis, Herat and Nuristan provinces, but failed.

This statistics maybe not be hundred percent accurate and the final outcome will be announced by the IEC on May 14.