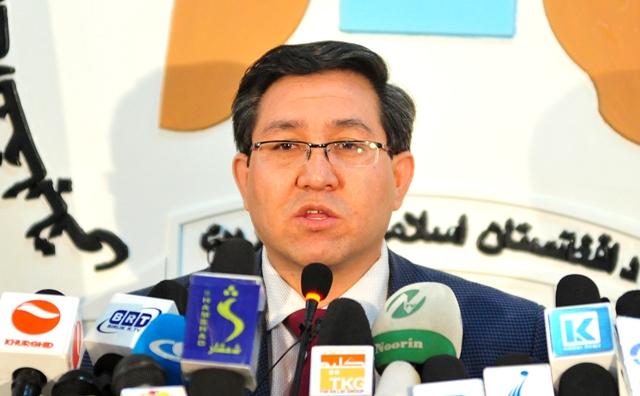 KABUL (Pajhwok): The Independent Electoral Complaints Commission (IECC) said on Tuesday evening it had investigated all objections and would share its report with the main panel in a few hours.

Nader Mohseni, the watchdog’s spokesman, refused to give any information about the number of invalidated votes. Announcing the outcome was IEC responsibility, he argued.

At a press conference in Kabul at 6:15pm, he said all the 900 complaints had been investigated and the IEC would unveil the final outcome after implementing the watchdog’s decision.

The report was to be submitted to the IEC yesterday, but Mohseni linked the delay to the multiplicity of complaints and their endeavour to probe them in a careful and impartial manner.

Earlier in the day, IEC spokesman Noor Mohammad Noor told reporters they had not yet received the complete report. If it was submitted today, they would try to unveil the results tomorrow, he promised.