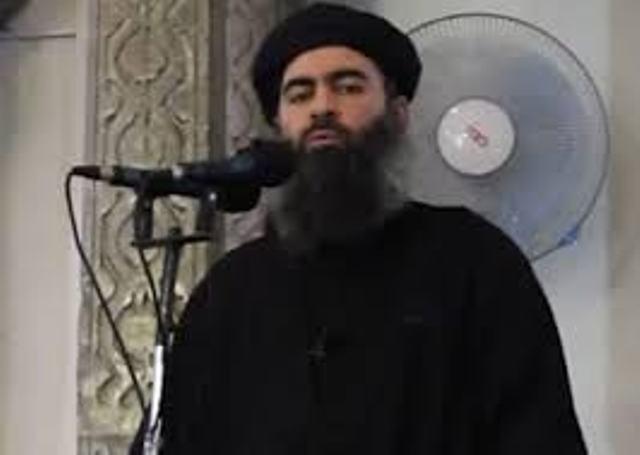 KABUL regime and served as a member of the Ishaq Group.

The Ishaq Group, headed by Maulvi Ishaq, had been active in Bagram under Al-Qaeda leadership during Taliban’s rule.

A senior security official, wishing not to be named, told Pajhwok Afghan News that Al-Baghdadi had been living with Abu Mussab Al-Zarqawi from 1996 to 2000 in Kabul.

Zarqawi was among leading Al-Qaida members during its last years killed in a US airstrikes in Iraq in 2006. The official did not reveal the role Al-Baghdadi in Afghanistan but said the man had been living in a street on the outskirts of Wazir Akbar Khan with his Arab friends.

Baghdadi and an ex-Taliban leader

After hectic efforts, Pajhwok Afghan News contacted a senior former Taliban official who had closely known Baghdadi from 1999 to 2000 during his stay in Kabul.

On condition of anonymity, the Taliban leader said: “I met Abu Mussab Al-Zarqawi, Abu Bakr Al-Baghdadi and their friends who came to me in connection of a problem.

“They gave $400 to a low-level Taliban official to buy weapons. But the Taliban neither purchased the arms nor returned their money,” the former militant commander said.

“I told the late Zarqawi to forget about the money and the Taliban official had extorted money from a number of people,” the former commander revealed.

Baghdadi was a descent man at that time. He used to play football at the Amani School ground in the afternoon. It seemed ISIS had internal links with Al-Qaida and was one of its affiliates.

It is ascertained from a voice attributed to Al-Baghdadi on Taliban’s Jihad Voice website that he has a great regard for Al-Qaida.

Soon after introduction of ISIS, Al-Baghdadi declared himself Amir-ul-Mominin internationally, asking people to express allegiance to him.

Qazi Muhammad Hassan Haqyar, a Kabul-based political analyst, said the announcement of ISIS head as Amir-ul-Mominin was not as per the wishes of Muslims.

“The Taliban emirate and ISIS have no relations. Both Baghdadi and Taliban’s reclusive leader Mullah Mohammad Omar had declared themselves Amir-ul-Mominin without the consent of Muslims,” he added.

Little is known about the life of Baghdadi but it is believed he was born in 1971 in Iraq’s Saamra city in a religious family. The Washington Post says his original name is Ibrahim Ali Badri Saamrai. He studied Islamic education at Baghdad University.