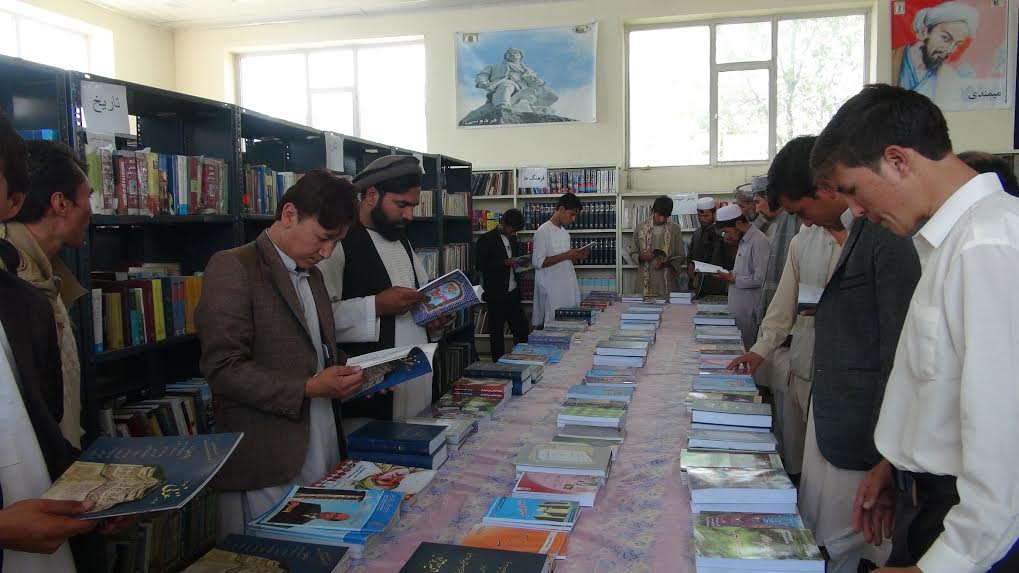 GHAZNI CITY (Pajhwok): The recent Taliban truck bomb attack has destroyed thousands of historic books and a number of artifacts at the Information and Culture Department housing a public library and a museum in southern Ghazni province.

The Sept. 4 attack on the National Directorate of Security (NDS) compound left at least 20 people dead and more than 200 wounded, mostly civilians, and destroyed or damaged a number of other government buildings and hundreds of shops.

Acting Information and Culture Director Mohammad Talash told Pajhwok Afghan News that the department — home to a local radio station, a magazine, and a news agency — was completely destroyed in the bombing.

He said the public library contained about 12000 books and thousands of them had been destroyed in the attack and the remaining books shifted to a safer place.

About 30 historic objects at the museum had damaged, he said, but stopped short of going into details. “There were a number of hand-written copies of the holy Quran at the library, with some books having a history of 3000 years. There were many other historic books destroyed in the bombing,” he said.

Governor Musa Khan Akbarzada told Pajhwok Afghan News that many historic objects at the culture department had been destroyed in the attack and the surviving artifacts had been shifted to a safer place.

“It was the dirtiest deed by the enemies of Afghanistan and the religion. It destroyed essential historic objects and books,” the governor said.

Some students and culturists say they are concerned about the safety of historical assets in Ghazni.

He lamented the treasure had been extensively damaged as a result of the recent coordinated attack. “It will take many years to have such a library that contained important historic and informative books.”

Jalalzai said besides the rare books, the library contained ancient newspapers which had been destroyed.

A Pashto literature student at Ghazni University, Mohammad Ajmal Balhar, said he used to visit the public library to study books of his choice.

“These books were very informative, many students would study them. Now I wonder where to find such books.”

Up to 50 institutions, including the culture department, have been damaged in the attack, with the authorities estimating the financial losses at 71 million afghanis.