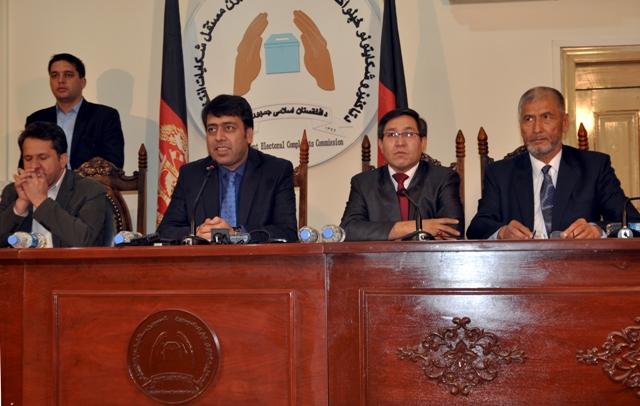 KABUL (Pajhwok): The Independent Electoral Complaints Commission (IECC), after addressing complaints from the presidential runners, on Thursday conveyed its decision to the poll panel.

Abdul Sattar Sadat, the watchdog’s chairman, told a news conference in Kabul the Independent Election Commission (IEC), could challenge the decision within 24 hours of its receipt.

“In case the IEC doesn’t object to or stays silent on our decision, it is bound to announce the final result and name the winner as new president,” he said, adding the sitting president was duty-bound to facilitate the peaceful transfer of power.

For its part, the administration of President Hamid Karzai has repeatedly said it has completed preparations for the inauguration of a new head of state. It has also underlined the need for the early announcement of the result.

Both presidential runners claimed at a recent meeting with Karzai that their talks on a government of national unity had made headway.  They hope to sign a final agreement soon.

Also on Thursday, IECC spokesman Nader Mohseni told reporters four members of the watchdog had approved the decision. One member dissented. Closer attention was paid to complaints in the second round, he claimed.