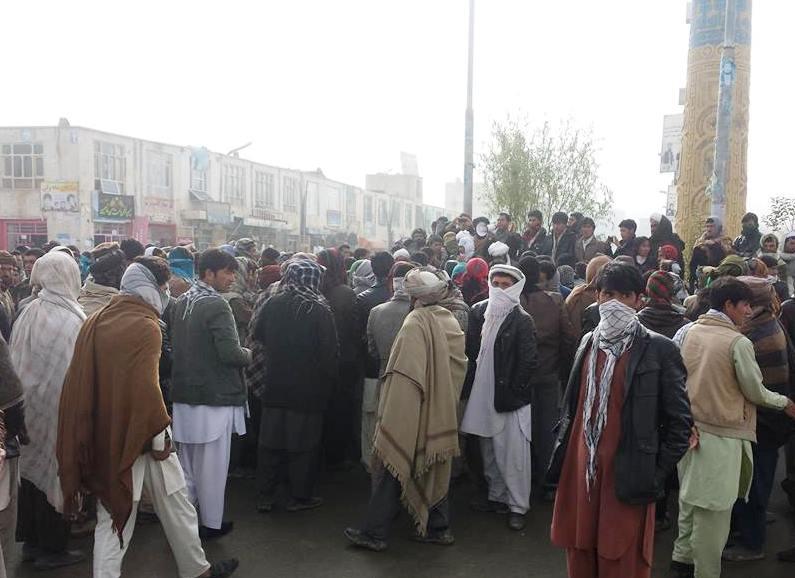 FEROZKOH (Pajhwok): Hundreds of residents of western Ghor province on Tuesday staged a protest against local officials, asking the governor and police chief to resign their duties.

She told Pajhwok Afghan News senior Ghor officials, who had been busy serving their own petty interests all the while, had completely forgotten people’s welfare. The governor and the police chief even stayed away from security meetings, she alleged.

“They ignore each other’s orders and tend to work at cross-purposes, much to the detriment of the public,” the public representative alleged, claiming the security situation was fast deteriorating.

As many as 150 civilians have been killed so far during the current in the province, the parliamentarian, according to the lawmaker, who lamenting differences between the governor and the police chief.

Another participant of the protest, Mohammad Gul, warmed that they would continue demonstrations as long the two officials did not resign. He said security Taliban militants and illegal armed commanders were taking advantage of the situation.

A number of women set their burqas (veils) on fire as a mark of protest. Gul Bibi, 45, complained she had been forced from her home in Elyar area to Ferozkoh due to growing insecurity.

“We can go as far as to commit self-immolation if the president and the chief executive officer ignore our plight,” she added.

In a resolution, the protestors alleged that the governor and the police chief misused their authority and were busy protecting their personal interests. They asked both to resign.

Pajhwok tried repeatedly to contact Governor Syed Anwar Rahmati and the police chief, Brig. Gen. Ahmad Fahim Qaim, but none of them responded to its calls.