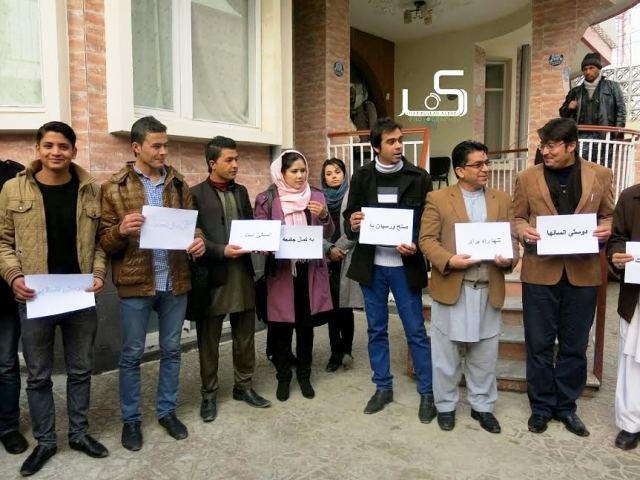 MAZAR-E-SHARIF (Pajhwok): The Civil Society Networks in northern Balkh province on Saturday alleged no efforts had been made in the past 13 years to improve coordination among different ethnic communities.

A gathering was arranged in Mazar-i-Sharif, the capital of Balkh, on International Human Coordination Day. A number of local elders, scholars, intelligentsia and religious leaders attended the gathering.

Syed Muhammad Yazdan, head of the Balkh University’s human coordination wing, told Pajhwok Afghan News the day had been marked on behalf of all Afghans.

Due to the Karzai government’s negligence, the country was still facing insecurity, he alleged. A number of officials were fuelling prejudices among Afghans, he said, adding Afghanistan was seen at with war with itself.

Coming down hard on the unity government, he said that the new administration could not announce the cabinet, shaking confidence of the masses, in more than two months.

Shamsullah, a social activist, said that bigotry was taking root among ethnic groups because of the government’s weak performance in bringing together people with different backgrounds.