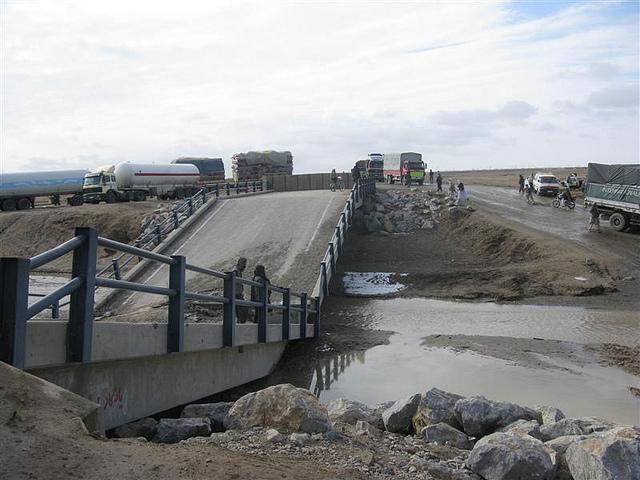 MAIMANA (PAJHWOK): A vital bridge was damaged and two mine planters were killed when the bomb they were planting went off prematurely in western Farah province, an official said on Sunday.

He confirmed the two bomb planters were also killed and four others wounded in the overnight explosion.

Mirwais Daudzai, the town’s administrative chief, said security forces had started a search operation to find the wounded insurgents. Security forces use the bridge for their movement and rebels long planned to blow up the key link.