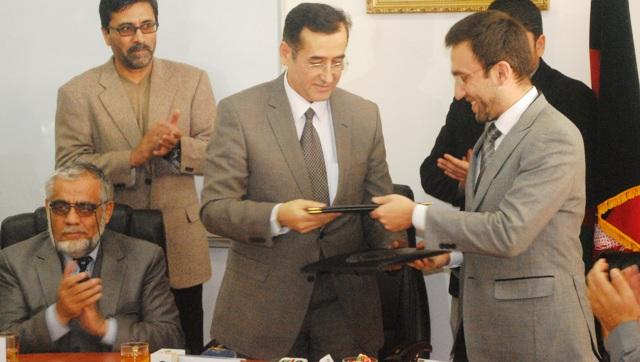 KABUL (Pajhwok): An agreement was signed on Tuesday for the New Kabul City which would be built on 1,700 acres of land in the Dehsabz district of Kabul and Barikab town of central Parwan province.

The deal was signed between Dehsabz–Barikab City Development Authority (DCDA) and the Ministry of Communication and Information Technology (MCIT) in presence of all stakeholders here.

Eng. Baryalai Hassam, acting MCIT minister, said that as per agreement the New Kabul City would provide the ministry with all the maps and other relevant information, and then the Ministry will develop the cable networking plan for the city.

The New Kabul City would provide the required land for the networking and communication facilities free of cost to the ministry.

Eng. Alham Omar Hotaki, deputy and acting CEO of Dehsabz–Barikab city development authority, said the design of the city had been completed and the practical construction was supposed to take place last year, but it was delayed due to some ownership problems.

The problems had been shared with the president and Chief Executive Officer who started to find out a negotiated solution to the problem, he added. This is an $80 billion project with 5% government share would be paid through private sector, he concluded.