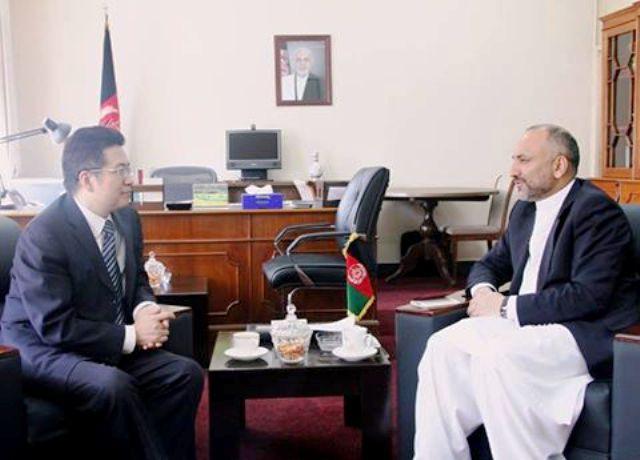 During the meeting held on Sunday, Chinese Ambassador Deng Xijun also expressed condolences on behalf of his government and people over recent devastating bombings in Kabul.

China, he said, was ready to provide equipment and support to Afghan security forces and praised the Afghan government for taking the peace process forward.

Over 50 people were killed and 500 wounded majority of them civilian in the three explosions that rocked capital Kabul a couple of days back.

The ambassador said his country was in favor of peace talks and wanted all stakeholders to resolve their differences through parlays.

Atmar thanked the Chinese government for continued economic, political and security assistance with Afghanistan. He said Chinese role was vital for regional stability and progress.

He said Kabul considered Beijing as a close friend and its assistance with Afghanistan would be of immense importance.