In October, over 3,000 Afghans killed and wounded 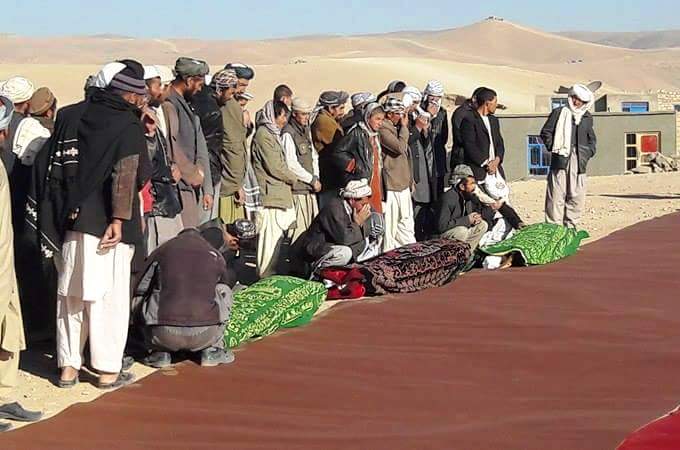 In October, over 3,000 Afghans killed and wounded

KABUL (Pajhwok): As many as 3,285 people have been killed and wounded in 193 attacks across Afghanistan last month, showing a 35 percent increase in assaults and 83 percent hike in causalities, compared to September.

Based on several reports compiled by Pajhwok Afghan News, 1,065 people were killed and 727 others wounded in 143 clashes and attacks in 27 provinces of the country in September.

During attacks in October, five of every eight casualties resulted from face-to-face attacks, two from airstrikes and the rest from other forms of violence. In September, most causality was caused in face-to-face fighting and airstrikes.

Of the total attacks in October, half took place in Nangarhar, Helmand, Jawzjan, Kandahar and Faryab provinces and the remaining in 25 other provinces. Pajhwok, however, did not receive reports of insecurity from Panjsher, Bamyan, Daikundi and Nuristan provinces in October.

In September, there were no reports of insecurity from Balkh, Daikundi, Bamyan, Ghor, Panjsher, Samangan and Badghis provinces.

Causes of surge in attacks

Military analysts and Ministry of Defence (MoD) presented several reasons for the surge in last month’s incidents of violence.

Retired Gen. Atiqullah Amarkhel said: “Multiple reasons exist on the bases of which the Taliban intensified their attacks such as the Brussels Summit was the most important event and the militants wanted to step up attacks in a bid to show the world their strength and impress it. And that was why they enhanced their attacks.”

He also linked surge in attacks to the advent of winter season. The Taliban wanted to end the summer season on a strong note by ramping up violence. During the winter, some rebels usually go abroad for training.

Amarkhel did not say where the rebels went in the winter for training, but there had been allegations that Taliban received training in Pakistan, a claim that Islamabad vehemently rejects.

A third reason for the rising violence, Amarkhel added, was the militants’ strategy to keep Afghan security forces busy keep them from preparing for the winter offensive.

The former general also blamed Pakistan for the growing insecurity. “Pakistan wants to prove that Taliban continue to be a strong force in Afghanistan and that they are not ready to come to the negotiating table. Islamabad is against peace talks in Afghanistan.”

MoD spokesman Maj. Gen. Dawlat Waziri also believed the insurgents increased attacks in the build-up to the Brussels Summit. The Taliban tried to show the world they are a force to be reckoned with, and make the international community to decline their assistance to Afghan security personnel.

Wazir believed the fighting season in Afghanistan was coming to an end and the insurgents wanted to end the season on a strong note by using full force after which they will go to Pakistan for training and logistic requirements.

He added: “Pakistan was under immense pressure this year, moving toward isolation. Therefore, the Taliban tried to strengthen their footholds inside Afghanistan and use full forces. They conducted fierce attacks in Helmand, Uruzgan, Kandahar, Nangarhar, Ghazni, Paktia and Paktika provinces. But they could not find safe places for councilmeetings, which continued to take place outside Afghanistan. Subsequently, they strived to do so at the end of the summer by ratcheting up assaults.”

He pretended a continued surge in attacks until December, after which insurgent operations would be hampered by chilly weather conditions. Afghan security forces were all set to launch a winter offensive codenamed Shafaq-2, he said.

Earlier, Waziri had said the Taliban intensified their attacks in May, June and July. After these months,Taliban attacks gradually decline.

October 8, when 40 people were killed and 319 wounded, was the deadliest day.

Militants, security forces and civilians were among the casualties during October, but Pajhwok could not record exact figures because there were different claims by different sources.

Helmand province witnessed one sixth of the causalities that happened in October also suffered heavily Farah, Nangarhar and Kunduz provinces and Samangan, Paktia and Kapisa provinces saw fewer incidents of insecurity during the period.

Why was October deadlier?

According to Amarkhel, when fighting intensifies, the number of causalities naturally rises. The fighting has been heavier in 2016 compared to last year.

He said last month Kunduz and other provinces were under militant assault, causing an uptick in causalities.

According to reports, militants captured parts of Kunduz City, the provincial capital, and launched fierce attacks in the capitals of Helmand and Farah. The attacks on Kunduz and Farah were repulsed. The Taliban also failed to capture Lashkargah.

About the deadly nature of October attacks, Waziri said: “Militants launched heavy assaults involving a larger number of fighters. In Nangarhar’s Achin and Kot districts 3,500 Daesh fighters and their families, divided in different groups, took part in attacks. In addition, there were more operations conducted by security forces against the rebels.”

He argued when more people were involved in fighting, naturally there would be more causalities.

Waziri said militants used heavy weapons such as mortar, artillery, landmines, which also contributed to the surge in causalities.

“Don’t kill innocent people”is the call from Afghans families who lost their near and dear ones during last month’s fighting.

Bibi Gul, a widow who lost her 35-year-old son in recent clashes, appealed to the parties for a stop to fighting. Hailing from Kunduz City, she called for a halt to violence and underlined the need for reconciliation. “For God sake, don’t kill innocent Afghans and avoid bringing grief to our families, or kill us all together to end our plight forever.”

She asked the warring sides to move out of residential areas and fight it out in deserts to prevent civilian casualties.

Bibi Gul, who could not stop weeping, remarked: “I will keep shedding tears in memory of my son as long as I am alive.”

Noor-ul-Haq, a resident of upper Pachir locality of Nangarhar’s Pachiragam district, lost his father and uncle 20 days ago at the hands of Daesh. He asked the international community to bring peace and stability to Afghanistan.

He said: “Many other families have lost their breadwinners or other members during the ongoing fighting in the area.”

He also asked the warring parties to stop killing innocent Afghans and return to peace.