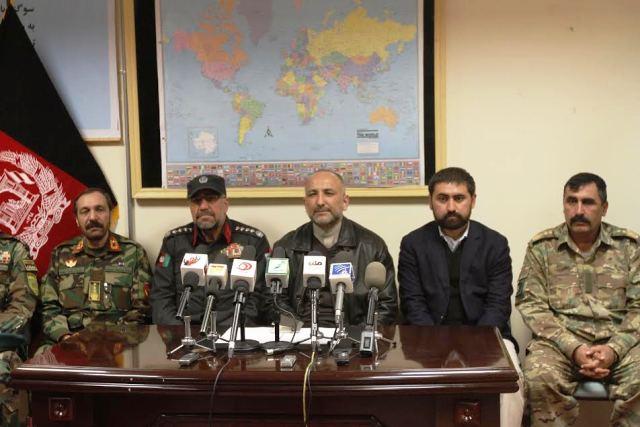 KANDAHAR CITY (Pajhwok): National Security Advisor Mohammad Hanif Atmar has said a technical team had been tasked by the president with investigating the attack on the governor house in southern Kandahar province.

Atmar and other high-level officials of interior and defence ministries arrived in Kandahar City, the provincial capital, on Wednesday. He also spoke to reporters at the 205the Atal Military Corps headquarters.

Atmar said he had arrived in Kandahar following directives from the president to step up the investigations, condole the death of senior officials and inquire after the health of the wounded.

He added preliminary information showed the attack was perpetrated by the foreign enemies of Afghanistan against foreign guests who had come to the province to help the people.

The advisor called the attack a high-profile and painful incident that targeted Afghans and foreign diplomats. Without naming any country or group, he said after a few days it would be known who carried out the heinous attack.

He said the most important question for investigators to answer was how the explosive were carried into the guesthouse. He hoped an answer to the query would be found soon.

“Reconstruction work has been ongoing at the governor’s house over the past few months and we should know the enemy got the opportunity; whether they exploited the reconstruction project or used some other technique to transfer explosive into the guesthouse.”

Atmar also acknowledged a security lapse and said: “Yesterday there were attacks in Helmand, Kabul and Kandahar. All of these attacks were coordinated. It was not a coincidence.”

He asked why the militants distanced themselves from the attack on the Kandahar governor’s office when they claimed responsibility for the killing of innocent people in Kabul and Zabul.