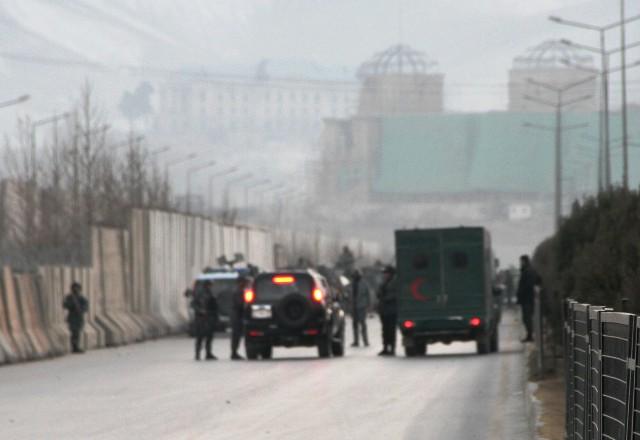 KABUL (Pajhwok): As many as 1,300 people were killed and wounded in 137 attacks last month across Afghanistan, showing a 10 percent spike in attacks and a 17 percent rise in causalities compared to the previous month.

Pajhwok Afghan News reports, based on different sources, showed the attacks took place in 24 provinces of the country in January.

Of every two people wounded and killed, one fatality resulted from face-to-face fighting. Of every 100 casualties, 15 were caused by airstrike, 13 by suicide attacks, 11 by explosions, 10 by targeted attacks and one by roadside bombings.

Half of the 137 attacks took place in Helmand, Nangarhar, Faryab, Zabul and Badakhshan provinces and the rest in 19 other provinces. Pajhwok did not have reports regarding attacks from Maidan Wardak, Panjsher, Bamyan, Daikundi, Paktia, Ghor, Nuristan, Kunar, Laghman and Badghis.

Most of last month’s attacks happened in Helmand (18) and Nangarhar (15). Khost, Parwan and Samangan provinces saw one attack each.

Based on reports, 704 people were killed and 563 others wounded in 137 attacks last month.

Militants, security forces and civilians, including women and children, were among the casualties, but Pajhwok could not ascertain exact figures because there were conflicting claims from different sides.

Most of the attacks (10) happened on the 2nd and 14th of the previous month, with the highest number of casualties (231) recorded on the 10th of January.

Last month, no attack happened in five central, three eastern, one western and one southeastern province. No casualty was reported in these places.

Pajhwok report indicated that on average 70 people were killed and wounded daily in the last five months of 2016. One-third of the casualties happened in October, but a decline was noted in attacks and casualties later on.

Analysts and defence experts had previously predicted the fighting would relent with the arrival of the winter before escalating again in the spring.

About the surge in attacks and casualties, Gen. (R) Zalmai Wardak recalled the militants conducted attack last winter as well. But the current winter offensive is wider and deadlier, he acknowledged.

He said: “There can be two reasons behind the surge in attacks and casualties. One is the departure of a large number of foreign troops and slow-paced strengthening of Afghan security forces and the second concerns differences between unity government leaders.”

With regard to increasing casualties, he said: “It is natural that escalating attacks lead to more casualties among the warring parties and civilians.”

Brig. Gen. Mohammad Radmanish, deputy spokesman for the Ministry of Defence (MoD), said: “With the help of foreign intelligence agencies, militants have managed to prolong the fighting season, but Afghan forces suppressed them wherever they tried to stage attacks.”

He, however, said there were more attacks last month because 10 separate offensives were underway in different provinces of the country.

He added: “Operations have been launched in areas where the enemy has a presence. Efforts are on to suppress the enemy and destroy their training centres ahead of the spring season.”

“Stop fighting” is the slogan of Afghans who have lost relatives and loved ones to the ongoing war. Fazal Bari Shamsi, brother of Kandahar’s deputy governor Abdul Ali Shamsi, said: “The attack on the governor house showed nobody was safe in the ongoing war.”

He asked the warring parties to stop fighting and killing of innocent people, including elders. He warned peace would remain elusive as long as fighting raged. Both sides should make peace, he suggested.

Akhtar Mohammad, a resident of Nangarhar’s Ghanikhel district, said six members of his family were killed and three others wounded in a Special Forces night raid. He asked the parties to embrace peace to prevent more killings.