No balance in development projects’ implementation in Baghlan 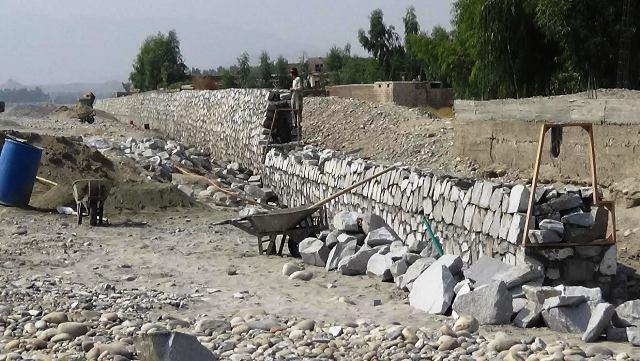 No balance in development projects’ implementation in Baghlan

PUL-I-KHUMRI (Pajhwok): In the past eight years, some 3,385 development projects have been implemented in northern Baghlan province, with some districts getting a small share in the schemes, Pajhwok Afghan News has learnt.

Costing over five billion afghanis, these projects have been executed by the Department of Rural Rehabilitation and Development in the provincial capital, Sharana and 14 administrative units (districts) of Baghlan.

While a small share of the development projects was executed in Guzra, Khost, Tala wa Barfak, Burka and Fering districts.

In the past eight years, 1,269 projects were implemented in Bano, Andrab districts, 1,669 in Khinjan, 1,379 in Jalga, but in Guzargah Noor district only 34 projects were carried out. Fering district got 59 projects, Pul-i-Hesar Andarab 102 and Khost 199.

Some local officials in Baghlan strongly criticized the imbalance in uplift projects among districts.

Ferozuddin Aimaq, a provincial council member, said development projects were implemented in villages on the choice of lawmakers and influential individuals and no attention was paid to the needs and requirements of people.

He said residents of Tala, Fering and Khost districts needed development projects more than other districts.

Abdul Ghour Ghour, head of the local council for Khost, Fering and Guzargah –i-Noor districts, said the residents of these areas faced huge problems due to lack of roads, schools, clinics, bridges and culverts. The government, he said, paid no attention to their problems.

He said the security situation in these districts had improved compared to other areas, but still least uplift projects had been implemented there.

When asked about the imbalance in the uplift projects, Baghlan rural development director, Awal Khan Ahmadzai, said he had just joined the department and all documents and reports were with his deputy who had been transferred to another place.

The governor also said he had no information about imbalance in implementation of uplift projects in Baghlan. “It has been just few months I took over as the governor.”

Absence of accurate statistics about projects

Some ofgovernment organs in Baghlan responsible for executing development projects refused to provide information about the nature of their implementation.

Mohammad Ayan Safi, development affairs official at the economy department of Baghlan, said: “Most of the 3,385 projects in Baghlan were implemented by the Rural Rehabilitation and Development department, but some other government organs have also carried out project, but details are currently not available.”

Pajhwok also tried to contact the Pul-i-Khumri mayor, but he ordered his guards not to let journalists enter his office.

The Ministry of Rural Rehabilitation and Development (MRRD) also provided no statistics about projects implemented in Baghlan over the past eight years.

MRRD spokesman, Akbar Rustami, said the government had implemented 982 projects in Baghlan in the last three years at a cost of $31 million. He said 81 other projects worth $18.7 million were currently underway in the province.

Some Baghlan residents said most of the development projects implemented in the province during the past 15 years have low quality.

Citing an example, he said: “The building for Deh Salah Girls High School which was constructed a few years ago has now damaged, all its doors, windows and walls are ruined and useless.”

“Constructional materials used in the school’s building were of very poor quality and workers and engineers of the company that implemented this project were not professional and only money was embezzled,” he said.

A provincial council member, Firozuddin Aymaq, said their role was to supervise only, but still they sent letters about the poor quality of projects to relevant organs, though there had been no positive response.

“Corruption in implementing projects is visible from their condition. For example, the walls of the economy department that were built less than two years are cracked”, he added.

Samiuddin Nazer, another provincial council member, said the Ministry of Public Works (MoPW) had stopped construction work on the Doshi-Bamyan road and reconstruction for unknown reasons.

“Hundreds of acres of farmland in Doshi and Tala wa Barfak districts and hundreds of residential buildings were destroyed for the road, work on this is stopped despite local people’s complaint to relevant organs about it,” he said.

Advantage of the projects for local people

He said development projects implemented in Baghlan in recent years had resolved many problems people faced earlier. Maintaining security for projects during their implementation was essential and the government should pay attention to it, he said.

“Hundreds of bridges and culverts, more than 200 kilometers of roads and retaining walls have been built over the past years, these projects provide many facilities for local people,” he said.

In the past, farmers and gardeners were not able to transfer their goods to the market on time, but now they could, he said.

Insecurity, a major challenge for execution of projects

MRRD spokesman, Akbar Rustami, told Pajhwok that insecurity remained the main challenge for implementation of development projects in some parts of the country.

Social problems in some areas could be resolved with the help of people and development councils, but insecurity was still a serious obstacle, he added.

Dehna Ghori district is under Taliban control and the rebels hold sway in a number of other districts.