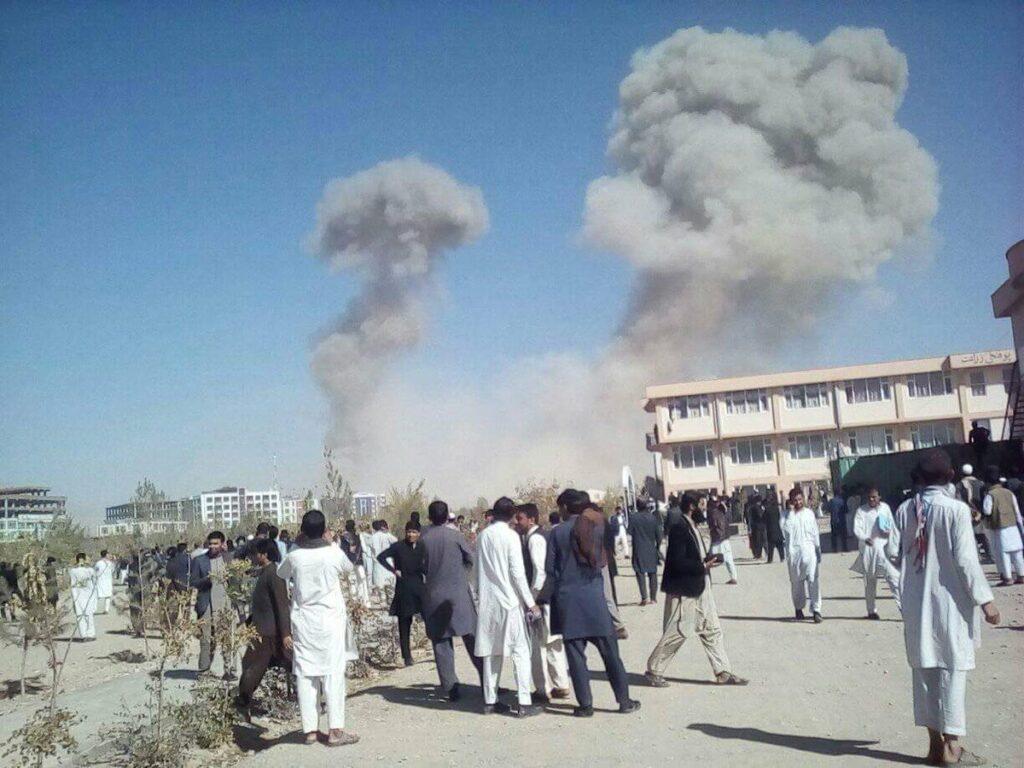 KABUL (Pajhwok): More than 2,500 people were killed and wounded in 169 attacks across Afghanistan in October, indicating a 39 percent increase in casualties compared to September.

In September, 1,800 people had suffered casualties in 203 attacks that took place in 31 provinces of the country. The casualties in September decreased by 40 percent compared to August.

In October, among every 28 victims, about 15 suffered casualties in face-to-face clashes, seven in suicide attacks, four in airstrikes and one each in targeted attacks.

In September, six in each 23 people suffered casualties in air strikes, one each in suicide attacks and others in different security incidents.

There were no reports of attacks in Badghis, Bamyan, Daikundi, Takhar and Nuristan provinces last month. It was for the first time in three years that security forces were attacked in central Panjshir province last month.

Reports show averagely 79 individuals suffered casualties in every suicide blast, 17 in every face-to -face conflict, 16 people in each airstrike, five in every explosion and three in every targeted attacks last month.

Pajhwok tally shows 1,569 people were killed and another 975 wounded in October’s 169 attacks.

In October, most of the attacks (12) occurred on 17th of the month also the bloodiest day when 416 people suffered casualties.

The same day of the previous month (September 17th) also had highest casualties when 160 people were killed and wounded.

Gen. Taqat said the surge in attacks after October 16 had a direct link with            the Quadrilateral Group Meeting in Oman’s capital Muscat.

He said the attacks increased ahead of the Muscat meeting because Pakistan wanted to tell the world that the keys to peace were in their hand.

Last month, most of casualties happened in ten provinces of the country.

Based on Pajhwok reports, nearly 22,000 people have been killed and injured during the ongoing year (since March 21), and of them 13,000 were killed and the remaining wounded.

He said in September group attacks declined because the rebels lost Pakistan’s support under international pressure and foreign forces stationed in Afghanistan increased their airstrikes.

About the increase in deadliest attacks in October, Taqat said an uptick or downtick in the conflict was connected to intelligence planning and activities, said Taqat, adding that intelligence agencies of many countries, including Pakistan had been active in Afghanistan.

Regarding the surge in casualties during October, he said: “The enemy is unable to launch direct attacks that’s why they have decided to conduct suicide attacks and explosions and use these tactics the most.”

Mohammad Qasem, whose uncle was killed on October 20 in Imam Zaman Mosque attack, said: “Many innocent people, including my 75-year-old uncle who were present in the mosque to offer prayers were killed.”

Sahar Haidari, a resident of Shebkoh district in western Farah province, said his father and elder brother were killed in a roadside blast. “Although my father and brother won’t come back, I want both the sides of the conflict to stop fighting so that more Afghans may not fall prey to the violence.”

Referring to Taliban, he said: “Oh! Talib, who we are?  We are the sons of the same soil. Our war-torn country needs rehabilitation after decades of blood streams.”