Maternal mortality rate up in Uruzgan this year 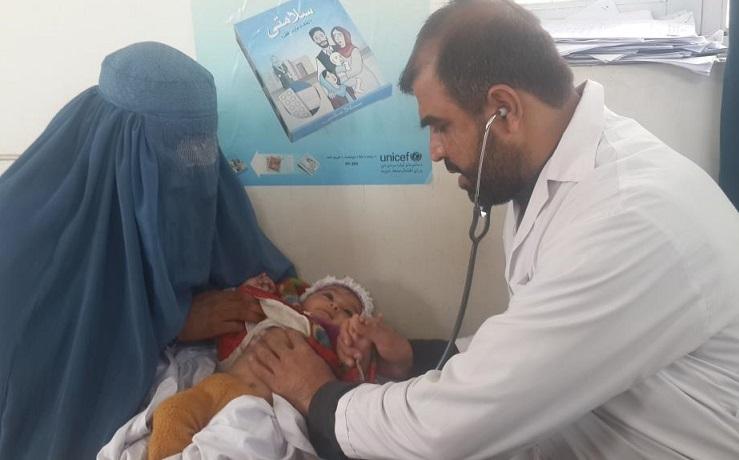 Maternal mortality rate up in Uruzgan this year

TIRINKOT (Pajhwok): The mother and child mortality rate has risen in central Uruzgan province due to growing insecurity and the absence of healthcare professional, says the Public Health Department.

Officials of the department said public awareness regarding maternal mortality remained low and most of roads stayed closed due to insecurity. There has also been an increase in the number of inexperienced midwives.

The Afghan Health and Development Society (AHDS) has been offering health services over the past 11 years in Uruzgan, which has 49 medical facilities.

But according to health official, there has been a surge in the maternal mortality rate.

Residents believe midwives graduating from a two years course have proved ineffective. The AHDS has conducted courses for nurses and midwives over the past few years in the province.

Bibi Maryam, who brought her daughter-in-law to hospital from Chora district, said she initially took her to a clinic in their locality but the midwife behaved with her in an improper way.

She added after traveling for six hours, she bought her daughter-in-law to Tirinkot, the provincial capital. But she died at the hospital. She claimed facing a lot of problems in the district and Tirinkot due to inadequate health facilities.

Nargis Ibrahimi, a gynecologist at the Civil Hospital, said lack of awareness among families, professional midwives and insecurity contributed to growing maternal deaths. Most of patients are evacuated to hospital in serious consition.

She suggested before childbirth a mother should visit a nearby clinic thrice for prenatal checkups. She, however, regretted no such trend existed in Uruzgan, where expecting mothers were shifted to hospital after they had lost a lot of blood.

Lack of attention to pregnant women by their families, recent incidents of insecurity, closure of highways and unprofessional midwives in some private and government clinics are the main factors behind mother mortality.

He said 81 maternal deaths had been recorded in 2017 but so far during the current year the number of mother and baby deaths during pregnancy had reached 128.

Tokhi said although the issue of nurses and midwives at the Civil Hospital had been resolved but in most clinics unprofessional and illiterate women had been masquerading as midwives.

Public Health Director Dr. Khan Agha Miakhel agreed with the growing maternal deaths. He called the presence of unprofessional midwifes, closure of roads, insecurity and lack of proper care threats to the lives of Uruzgan women.

Under the strategy of the Public Health Ministry, all health centres should have professional staff. He promised a campaign would be launched soon to examine public and private sector clinics. Those violating basic rules would be punished, he concluded.