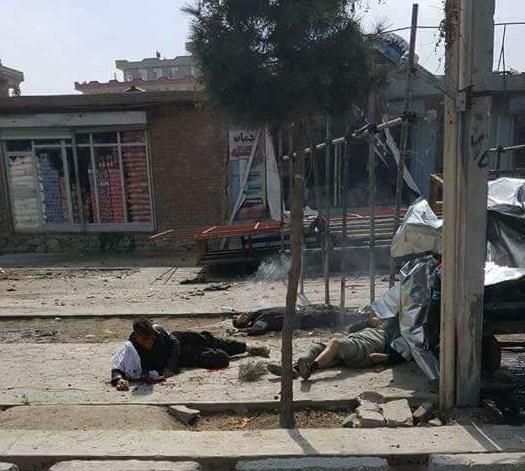 KABUL (Pajhwok): Over 1,800 people have been killed and injured in 171 attacks in March showing 29 percent increase in casualties compared to the month of February.

According to Pajhwok Afghan News’ last month reports based on different sources 171attck happened in 31 provinces of the country as a result 1,018 people were killed and 792 injured.

Available statistic showed that of every 18 persons, nine suffered casualties in face to face clashes, three in airstrikes, suicide attacks, two in targeted attacks and one in blasts.

In March, more than half of all the attacks happened in Nangarhar, Helmand, Faryab, Ghazni, Jawzjan, Kabul and the remaining attacks took place in25  other provinces. There were no reports of violence from Nuristan, Panjshir and Bamyan provinces.

Military Affairs Expert Gen. Zalmai Wardak said more attack happened in Kabul because it is the central capital and the insurgent tried at their best to carry out attack here and attract the attention of others.

He referred the surge in the activities of Daesh in Nangahar, Kandahar, Helmand province to its geographical closeness with Pakistan and for Helmand and Nangarhar the growing of poppy and its smuggling. According to Zalmai Daesh also present in Jawzjan and Faryab provinces as threat.

He added, it was a fact that Pakistan was a safe haven for anti-Afghan armed militants and Islamabad did created multiple problems for Afghanistan.

Reports showed that 1,018 people were killed and 792 injured in 171 attacks last month.

Every day of March claimed attacks and civilian casualties and the most deadly attack took place in the capital Kabul on March 21.

Claimed by Daesh or so called Islamic State (IS) militants, the attack in Karta-I-Sakhi area of Kabul left 32 people killed and 65 others wounded.

In March, most of casualties (182) people, happed on March 12 while less casualties (6) happened on March 20. These casualties caused by 12 attacks in different parts of the country.

According to Pajhwok reports, around 1,400 people had suffered casualties in February. Most of that casualties happened in Uruzgan, Kandahar, Helmand, Faryab, Farah, Nangarhar, Ghazni, Takhar, Jawzjan and Laghman provinces respectively.

He said that front wars cause more casualties in populated areas.

Casualties resulted from war in Afghanistan was unclear since before 2017, but the conflict was usually increasing as weather was getting warm.

Rohul Amin, a resident of Andar area of Maidan Wardak province, said that war affected Afghans raised their voice against the conflict for years, but no one cared about them.

“Thousands of Afghans lose their life to war every year, Taliban are Afghans, the government forces are also Afghans, we are diying in both sides of the war, foreigners are safe in their bases and they enjoy watching our losses, I ask the Taliban and the government to agree on peace and put an end to the killing of Afghans,” he said.

Ghulam Sakhi, a resident of Dasht-I-Barchi area of Kabul, who lost his nephew in a suicide this year, also asked warier sides to stop the violence so no one will lose their beloved ones.

He said that his nephew was a university student who he said hoped to serve his country and people in the future, but his hopes destroyed.