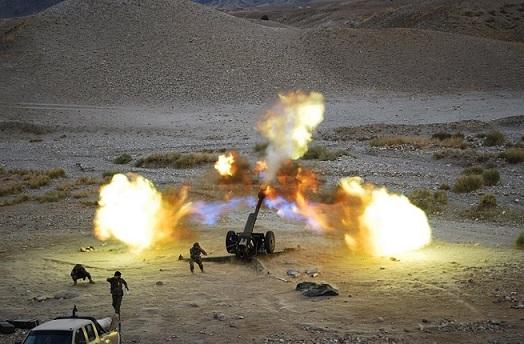 KABUL (Pajhwok) Nearly 3,000 people have been killed and injured in 205 attacks in Afghanistan in May, showing 42 percent increase in casualties happened in April.

Pajhwok Afghan News reports show 1,220 people have been killed and 866 others injured in 173 different attacks in 28 provinces of the country in April.

Reports based on different sources showed 1,762 people were killed and 1,190 others injured in 28 out of total 34 provinces of the country during May.

Available statistic showed that of every 19 persons, 14 suffered casualties in face to face clashes, two in blasts, and one each in airstrikes, suicide attacks and targeted attacks.

Nearly half of the May attacks took place in Faryab, Nangarhar, Ghazni and Helmand provinces and the rest others happened in 25 other provinces while Pajhwok had no report of violent incidents from Balkh, Bamyan, Nuristan, Panjshir, Daikundi, and Kunar provinces in the same period.

Military Affairs Expert Javed Kohistani said more attacks happened in Nangarhar due its border with Pakistan and presence of both Daesh and Taliban insurgents there.

He said that insurgent groups can easily obtain weapons and ammunition from across the border in Pakistan.

In Jawzjan, he said lack of attention form the government, ethnic differences and public disappointment had caused insecurity as militants could easily influence people and recruit fighters.

Due to the above reasons, insurgents are more active in and Afghan forces frequently launch clearing operations in Jawzjan.

Militant attacks in Helmand province is more frequent due to poppy cultivation there which is a financial source of rebels, he said, adding border share and easy access of militants to resupply from Pakistan is another reason of unrest in Helmand.

Officials of the Ministry of Defence (MoD) acknowledged they conduct more operations in the areas where militants had presence.

Reports show 1,762 people were killed and 1,190 others injured last month.

Rebels, security forces and civilians were among the dead and wounded, but Pajhwok could not share separate and exact number of the dead and injured of each category because different sources shared different figures.

According to the Civilian Protection Advocacy Group (CPAG) report published on Saturday 500 civilians were killed and injured in May in 23 provinces of Afghanistan.

Blasts and casualties happened on daily bases in May but the most deadly day was May 15 when 368 people were killed and 252 others injured.

According to officials, most of the casualties happened in Taliban coordinated attack on Farah City, government sources said around 300 insurgents were killed but Taliban rejected the claims.

The militants claimed dozens of security forces suffered casualties in Farah attack but officials termed the assertion as baseless.

On the other hand, local residents did not agree with the Taliban and officials’ figures. They said only 10 civilians suffered casualties and were unaware of rebels and security forces casualties.

He said front wars cause more casualties in populated areas.

The conflict in Afghanistan between the Taliban militants, the Afghan government and international forces is ongoing from the past 17 years.

On average, nearly 10,300 people were suffered casualties in the first five months of current year compared to 9,500 people during the same period last year.

The figures show the level of casualties is soaring this year compared to the last year when 25,000 people were killed or wounded in Afghanistan.

Bibi Gula, 45, resident of Pushtrod district of Farah, whose brother was recently killed by Taliban said: “If a militant is killed or soldier both are our children, hope both sides reach a peace agreement and renounce conflict.”

She said her brother’s children were orphaned and were in bad condition. The killed soldiers’ families would be in similar situation.

Gula asked the warier sides to reach a peace agreement and put an end to the killing of Afghans.