More than 2,000 people killed, injured in May 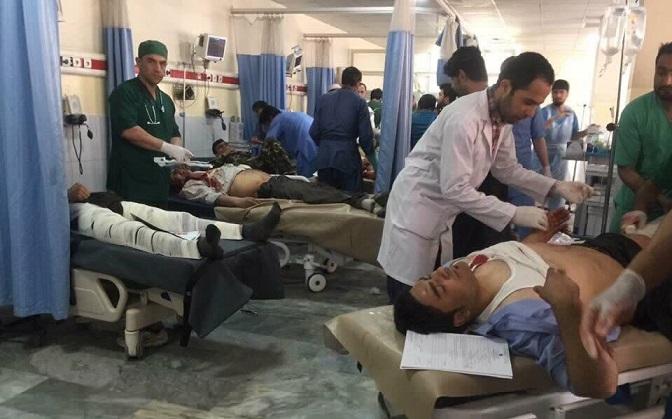 More than 2,000 people killed, injured in May

KABUL (Pajhwok): Over 2,300 people have been killed and wounded last month in Afghanistan as attacks surged by 37 percent while casualties increased by 24 percent compared to the previous month.

It happened when last month a mammoth Peace Jirga was held which asked the conflicting parties to declare ceasefire in the month of holy Ramadan which the Taliban rejected.

The Taliban and US delegation also held six rounds of talks so far but these talks did not reach a specific agreement. The talks would, however continue.

According to Pajhwok Afghan News reports nearly 1,900 people were killed and injured in April, but in May 2,312 people suffered casualties.

Pajhwok reports based on different sources showed that last month 1,317 people were killed and 995 others injured in attacks in 30 provinces of the country.

These casualties inflicted in May as a result of 210 attacks, 37 percent higher compared to April.

Out of total attacks 60 carried out by security forces, 57 by the Taliban, 24 by foreign forces, two illegal armed groups, one Pakistan and there was no claim of responsibility for the remaining attacks.

Four civilians were killed and eight others injured in a rocket attack from Pakistan in the Sepera district of Khost province last month.

According to reports last month of every 23 persons 12 suffered casualties in face to face attacks, four in airstrikes, three in blasts, two each in targeted and suicide attack.

There was no casualties report received from Bamyan, Nimroz, Panjshir and Nuristan provinces.

Pajhwok reports showed that 1,317 people were killed and 995 others injured in May.

Last month there was attack and casualties on daily bases. Nineteen attacks happened on May 05 in which 141 people were killed and 128 others injured marking the most deadliest day in May.

According to experts the increase and decrease in casualties and intensity of conflict in one area and another area linked to tactic of fighting.

They said the risk of casualties is higher in guerrilla fighting and attacks which happen in populated areas.

AtiqullahAmarkhel, a retired general and military expert, said that the warring sides were trying to intensify their attacks for leverage in the ongoing peace talks and to come to agreement on their terms.

The Ministry of Defense says that Afghan forces were fighting aggressively not because of leverage in peace process but for the defense of the country.

Lima Spesali, a resident of the capital Kabul, say that ongoing peace efforts inside the country and abroad was a great chance for reaching a peace agreement in Afghanistan.

She voiced on warring sides not to miss the opportunity and put an end to war in the country.

“I ask those involved in the conflict to agree on a ceasefire before reaching to a peace agreement, do it for the benefit of our people and end to bloodshed,” she said.