KABUL (Pajhwok): Nearly 1,500 people died or wounded as a result of the decades-old conflict in Afghanistan during the month of June — 35 percent down compared to May’s casualties.

The decline in casualties comes amid intensified efforts on national, regional and international levels to find a negotiated end to the Afghanistan conflict.

Most recently President Ashraf Ghani travelled to Pakistan on a two-day visit and held talks with Pakistani leaders about peace and other issues.

On the other hand, Taliban and US representatives met in Doha, capital of Qatar, on the day two of their seventh round of talks about the Afghan peace.

According to Pajhwok Afghan News reports nearly 2,300 people were either killed or injured in May, but the figures declined to nearly 1,500 people in June.

Pajhwok reports based on different sources show 859 people lost their lives and 632 others sustained injuries in attacks in 30 provinces of the country in June.

The casualties in June resulted from 132 attacks — 37 percent lesser than May’s attacks.

June attacks show among every 15 persons, 10 suffered casualties in face to face fighting, two in airstrikes, one each in blasts, targeted and suicide attacks.

In June, most or 11 attacks took place in Ghazni and Nangarhar each, 10 in Kandahar, nine in Farah, Faryab and Helmand each and the rest 73 in other 24 provinces.

No report about casualties was received from Bamyan, Panjshir, Maidan Wardak and Nuristan provinces in June.

Pajhwok reports show 859 people were killed and 632 others injured in June.

According to a report from the Civilian Protection Advocacy Group (CPAG) released on Monday, 63 civilians were killed and 134 others wounded in 11 provinces of the country last month. 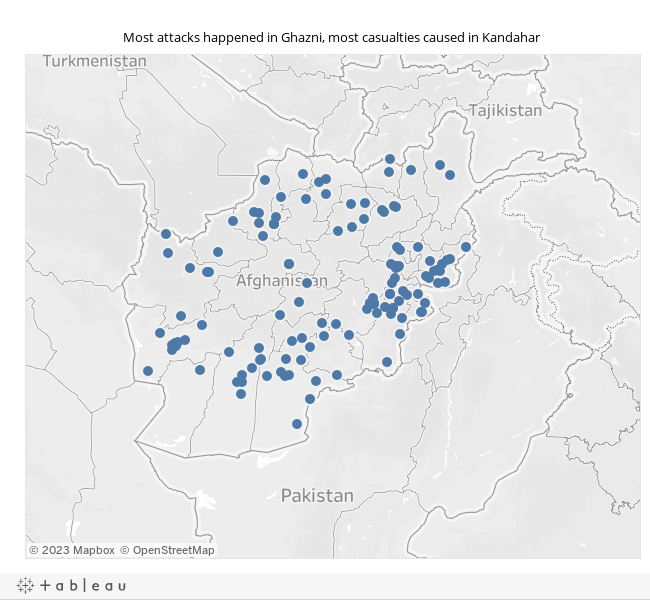 Last month attacks and casualties happened on a daily basis. Eleven attacks happened on June 11, in which 162 people were killed and 76 others injured, making it the deadliest day in June.

According to experts, increase and decrease in casualties depends on the nature of tactics used in fighting.

They say the risk of casualties in guerrilla fighting and attacks is higher in populated areas.

He cited some countries’ support with the Taliban, especially Pakistan, Iran and Russia, another reason behind the increased attacks to show foreign forces, particularly the US, had failed in Afghanistan.

The Ministry of Defense says Afghan forces have been fighting aggressively not because of leverage in the peace process but for the defense of the country.

Afghan forces, supported by foreign troops, have been fighting the Taliban for the past 17 years. Past experiences show casualties and attacks surge in Afghanistan in summer and decline in winter.

Lima Spesali, a resident of capital Kabul, says the ongoing peace efforts inside the country and abroad offer ‘a great chance’ for reaching a peace agreement in Afghanistan.

She voiced on warring sides not to miss the opportunity and put the war to an end in the country.

“I ask those involved in the conflict to agree to a ceasefire before reaching a peace deal, do it for the benefit of our people and to end the bloodshed,” she said.

Shoaib says each time when he enters home and sees his orphaned nephews, his pain recurs. He thinks all Afghans — soldiers, Taliban or civilians — who lose relatives to the war would have the same feelings.