We recognize Islamic Republic of Afghanistan, not Emirat : Khalilzad 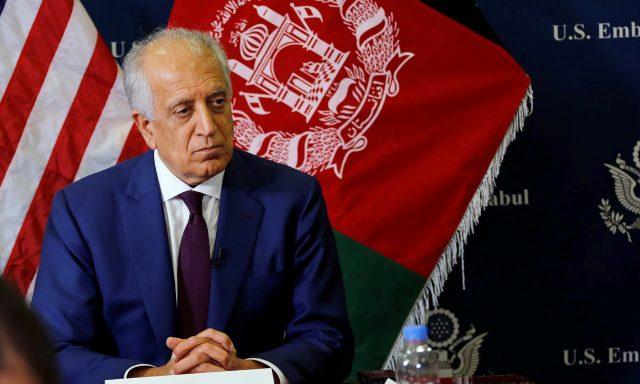 We recognize Islamic Republic of Afghanistan, not Emirat : Khalilzad

KABUL had reached an agreement in principle and the insurgent group after the deal would fight only against rebels who threaten America and its allies’ security.

Khalilzad made these statements during an interview with Tolo News channel. He said around 5,000 US troops would be withdrawn from five bases in Afghanistan in first step as well as violence would be declined in Parwan and Kabul provinces based on the agreement.

He said the US president, Donald Trump would decide about the place and level of the agreement.

“We have reached an agreement in principal but it is not final until US president agrees on it,” Khalilzad said.

“Conditions would go according to the agreement, we will withdraw from five current bases in 135 days,” he said.

He stressed on intra-Afghan talks but said the Taliban Emirate’s return with force was not acceptable.

“If someone’s ideas are tried to be endorsed by force on others, the result will be war,” he said.

The agreement was also shared with the Afghan officials but was not handed over to them as it was yet to be checked by the US president, Donald Trump who would probably make changes in it, he said.

Khalilzad said Daesh and Al-Qaeda were enemies of the US and the Taliban and Afghan forces would fight against them so they would not threaten the US and its allies’ security, he said.

In response to a question, he said the US would not engage in fighting against Daesh and Al-Qaeda but the Taliban would be fighting them.

About the Emirates of the Taliban, he said that the word Emirate was mentioned in the agreement but the US recognized them as Taliban.

“We recognize Islamic Republic of Afghanistan,” he said.

About Afghan presidential election, he said that peace was priority of the US and the country had no stance about the election.