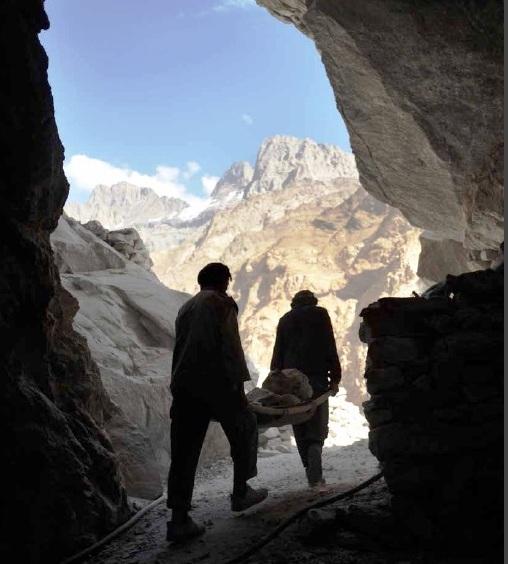 KABUL (Pajhwok): The Ministry of Mines and Petroleum (MoMP) says the Mines Protection Committee (MPC) has been able to prevent illegal extractions of natural resources at 2,200 sites during the last two years in the country.

He said the MPC had been able to prevent illegal mining in 2,230 areas in nine provinces of the country in the last two years.

Illegal extraction of mines still continued in areas where the government had no control, he said.

Mutfa said a 3,000-personnel strong security unit had been created for ensuring security of mines in the country.

Afghan forces are currently deployed for security of the Mes Aynak Mine, petroleum basin of the Amu River, Mazar-Shebrghan Pipeline and lapis lazuli mine in Karan wa Menjan district of Badakhshan, he said.

He said besides preventing illegal mining, the MPC was also preparing plans for improving protection of mineral resources which were currently under threat.

“MoMP in cooperation with this committee has prepared a list of mines which are currently illegally extracted or under threat of being plundered and shared it with NSC for taking measures,” he said.

Mutfa said the committee had also shared a list of figures involved in illegal mining with the NSC.

“Whenever a mining project is under work, the commission is responsible to take measures for security of that area and security of MoMP officers there,” he added.

According to MoMP, the value of Afghanistan’s mineral deposits is estimated to be around three trillion US dollars.