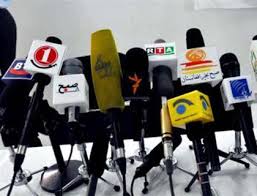 KABUL (Pajhwok): The International Federation of journalists (IFJ) on Tuesday vehemently condemned the attack on a radio station in northern Afghanistan.

While denouncing the incident, IFJ called on the Afghan government to investigate the attack on Zohra Radio by a mob led by a local imam in Kunduz province on January 15.

Mohsen Ahmad, the director of the Zohra Radio, accused the Ferozkoh mosque prayer leader of directing the crowd to attack the radio station.

The prayer leader blamed the radio station for playing music and songs that disturbed Friday prayers. The mob vandalised the station even without knowing the source of the music.

AIJA said the angry mobsters also attempted to attack Radio Kaihan and Radio Chiragh but were stopped by security forces.

phe IFJ said: “The safety situation for journalists in Afghanistan must be a major priority for the Afghanistan government.”