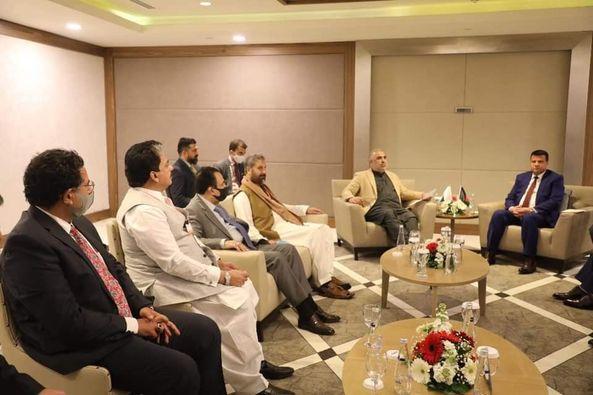 KABUL (Pajhwok): A Pakistani parliament delegation, headed by speaker AsadQaisar, is due to arrive in Kabul on Thursday.

FahimKargar, head of the office of Mir RahmanRahmani, Speaker of the Wolesi Jirga, said that the Pakistani parliamentary delegation was coming to Kabul at the invitation of Rahmani and will meet with Afghan government officials and members of the Wolesi Jirga.

ShahpurHussainZai, a lawmaker from central Logar province, said that the Afghan parliament, especially the Wolesi Jirga or lower house, should make great use of the visit of the Pakistani parliamentary delegation.

He said the Afghan side should discuss relations between the two countries and stress on Pakistan’s honest steps to ensure peace in Afghanistan and force the Taliban to renounce violence.

A number of other members of the Wolesi Jirga made similar statements.

It is worth mentioning that about a month and a half ago, Mir RahmanRahmani headed a delegation to Pakistan at the invitation of the Asad Qaisar.