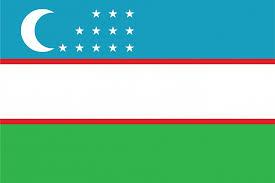 KABUL (Pajhwok): Uzbekistan has ruled out hosting foreign military bases on its soil, rejecting reports that the US troops withdrawing from Afghanistan may be deployed to the Central Asian nation.

Asked about the reported US plan, a spokesperson for the Defence Ministry in Tashkent said on Monday: “Fundamental documents in the field of defence have clear-cut answers to these questions.”

Sputnik quoted the spokesperson as warning against hosting foreign military bases and facilities on Uzbekistan’s soil.

Uzbekistan’s defence policy was based on the principle of non-participation in peacekeeping operations and military conflicts abroad, the official explained.

Last week, the Wall Street Journal cited military officials as saying the US would “prefer” to redeploy troops and equipment leaving Afghanistan into Uzbekistan or Tajikistan.

In line with President Joe Biden’s announcement, US troops will complete their withdrawal from Afghanistan by September 11.