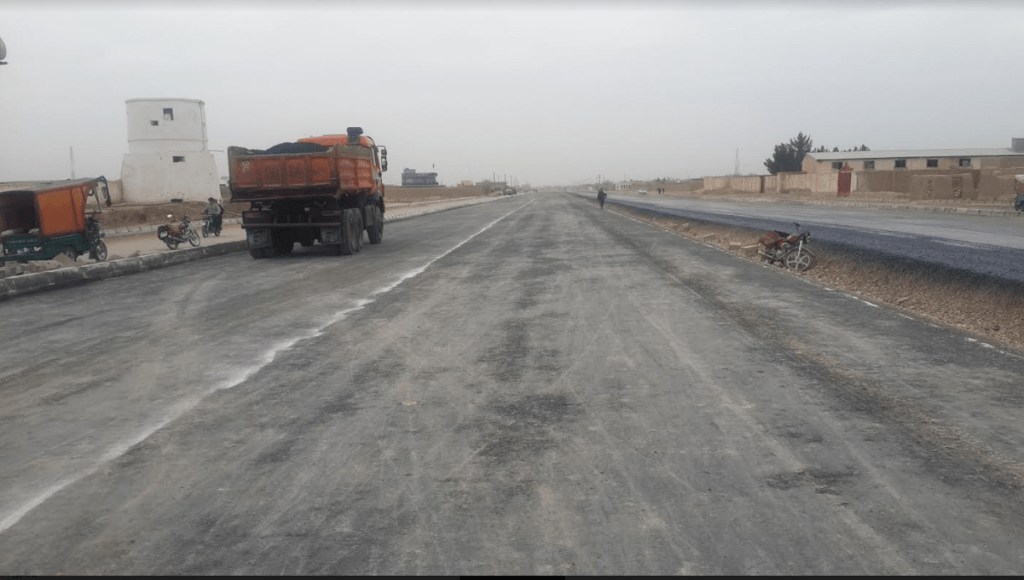 FEROZKOH (Pajhwok): A number of drivers and transport companies have been complaining about the dilapidated Ghor-Herat Highway.

They want the authorities concerned to pay serious attention to asphalting the busy road to ensure the smooth flow of traffic.

The drivers and transport firms told Pajhwok Afghan News commuters and cargo trucks were delayed for days due to the bad condition of the highway.

Such situations often lead to financial losses for traders, they said, calling for immediate work on fixing the highway.

Noor Ahmad, a member of the transport companies’ union in Ghor, identified the lousy condition of the highway as their main problem.

The highway had not been even graveled, causing deadly traffic accidents. “If the highway is asphalted, the number of accidents will fall, drivers feel easy and people reach their destinations on time.”

Ahmad said one of the reasons behind high prices of imported goods was the bad condition of the highways, because cargo vehicles charged more.

He urged the government to focus serious attention on asphalting highways to facilitate drivers and passengers.

Faridoon, a driver using the Ghor-Herat highway, said it it took him four days to reach Ghor or Herat.

The long commute and poor road condition cause high consumption of fuel, leaving drivers with no choice but to charge higher fares.

Many other drivers held similar views and urged the government to address the issue with a sense of urgency.

Ghor public works department officials acknowledge drivers and passengers are faced with many challenges on Ghor-Kabul and Ghor-Herat highways.

Abdul Ghafoor Haqyar, a Department of Public Works official, told Pajhwok Afghan News they had repaired and asphalted parts of the highway but still drivers and passengers faced problems during the winters due to the rough condition of highway.

He added they had discussed the matter with higher-ups in the central capital because they were responsible for constructing highways and executing big projects.

“The centre takes decisions on asphalting highways and implementing big projects. We have been doing everything to protect the highway with the machinery at our disposal,” he added.

Two years ago, when residents of Ghor staged protests for fixing roads in the province, the government pledged to asphalt 80kms of roads. The promise, however, was not kept.