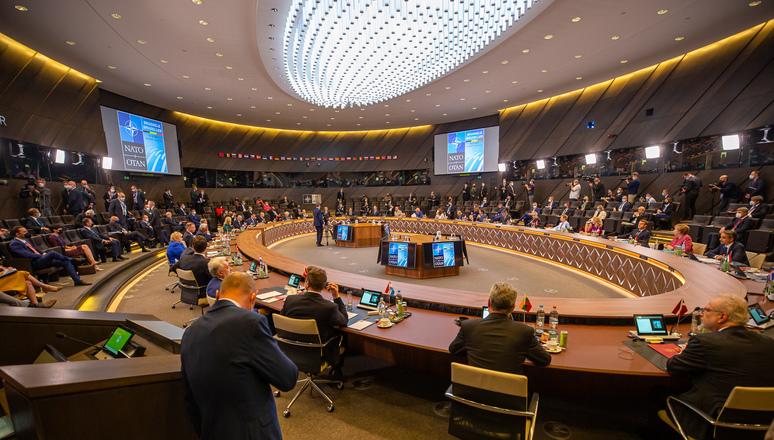 After the NATO summit, the alliance secretary-general said the meeting took decisions on enhancing its capabilities to defend against cyber-attacks..

Addressing a media briefing in Brussels after the meeting Jens Stoltenberg said the allies reaffirmed their commitment to Afghanistan.

Later, the Brussels Summit Communiqué was issued by heads of state and government participating in the meeting of the North Atlantic Council.

The communique says, after almost 20 years, NATO’s military operations in Afghanistan were coming to an end. The alliance said it had denied terrorists a safe haven from which to plot attacks against NATO allies.

The alliance claimed helping Afghanistan to build its security institutions and trained, advised and assisted them.

The communiqué said the Afghan forces were taking on full responsibility for security in their country.

“We pay tribute to those who have lost their lives or have been wounded, and express our deep appreciation to all the men and women who have served under the NATO flag, and to their families.”

Withdrawing troops did not mean ending its relationship with Afghanistan, the alliance explained, promising to open a new chapter.

It affirmed its commitment to continue supporting Afghanistan, its people and institutions in promoting security and upholding the hard-won gains of the last 20 years.

Recalling its previous commitments, NATO vowed to continue providing training and financial support to the Afghan forces, including through the Afghan National Army Trust Fund.

NATO will retain a Senior Civilian Representative’s Office in Kabul to continue diplomatic engagement and enhance its partnership with Afghanistan.

Recognising the importance of an enduring diplomatic and international presence, as well as Afghanistan’s connectivity with the world, the alliance will provide transitional funding to ensure continued functioning of the Hamid Karzai International Airport.

“We will also step up dialogue on Afghanistan with relevant international and regional partners.  We continue to support the ongoing Afghan-owned and Afghan-led peace process.”

It called on all stakeholders to help Afghanistan foster a lasting inclusive political settlement that put an end to violence.

The communiqué stressed any political solution must safeguard the human rights of Afghans, particularly women, children, and minorities.

It must also uphold the rule of law in the conflict-torn country and ensure that Afghanistan never again served as a safe haven for terrorists.